Photo by Manolo Chrétien on Unsplash

Two weeks into his job, Thomas Kawazoe, administrative pastor of a church near the epicenter, found himself thrown immediately into full action mode.

The earthquake caused significant damage to the church, particularly their main sanctuary. One week later, the church was set to host a large pastors’ conference.

Kawazoe and the other church leaders had to make a quick decision: cancel the conference, find a different location, or make repairs as quickly as possible.

They chose to come together and work to fix the water-damaged sanctuary before the following week’s conference.

“I kept seeing individual after individual coming to the church after they worked a full day to help take care of things, to clean things up, move things around, and get things ready for the conference,” Kawazoe says. “It was amazing to see God’s people respond to the event.”

The earthquake was unpreventable and unpredictable, but because of the preparation by church leaders and the fast response by church members willing to help, the damage was able to be rectified and the ministry continued.

Kawazoe sees preparation as an act of stewardship. When evaluating how to best assess and prepare for potential disasters in the church he asks himself this question: “What has God entrusted to our care as a church?”

According to Kawazoe, among the things at risk about which churches must be concerned are the honor of the Lord’s name, the integrity of the ministry, the reputation of the church, and the people. “He has entrusted us with what’s most important to Him—His bride, His people,” Kawazoe says.

When evaluating potential disasters, it is imperative to think about what needs to be done in order to best protect the congregation, not just the physical assets.

In developing an awareness for possible disasters church leaders can seek to educate themselves and be informed so they can best understand the risks that are most prominent to their specific congregation.

Once those possible disasters are brought to mind, the leader can then move to assessing what those specific risks are for their church. This gives an opportunity for delegation of responsibility and acknowledgement of the current state of the ministry.

Finally, the church leader can then act based on the informed awareness and assessment. Decisions can be made to minimize and transfer the risk in ways like purchasing insurance for natural disasters specific to the geographical area.

There is an opportunity to get some level of protection for situations that cannot be predicted or avoided and prepare properly for the ones that can.

One way churches can help prepare themselves is to think about two primary areas of disaster they may face: financial disasters and safety disasters.

Financial disasters include unexpected repair costs and replacing stolen items, but it also includes issues dealing with the mishandling of church finances, according to Travis MaClay, a director of operations and assistant professor at California Baptist University.

“When we think of embezzlement, we think of Wall Street and big corporations, but believe it or not, it has a significant impact on churches,” says MaClay, who also previously served as an executive pastor tasked with financial leadership. He says the temptation to embezzle is there in congregations “especially when people are navigating difficult situations.”

Many pastors assume that if they’ve never experienced in their church, it won’t happen to them, so churches fail to take real precautions.

“There’s a mentality of ‘I heard it on the news, but I never thought it would happen to me or in my town,’” MaClay says. “There’s a natural hesitation [to act] that pastors probably have if they can’t envision this happening at their church or if they have complete trust in the leadership that’s in place.”

In a Facts and Trends article, Verne Hargrave, a certified fraud examiner and CPA with Arlington, Texas-based PSK LLC., says embezzlement often comes from trusted church employees who suddenly face a financial crisis. The best way then to protect against this disaster arising is to stay informed and aware of what’s going on in the lives of people who handle the money in the church.

If church leaders understand the hardships of those members or employees, they can seek to offer help instead of letting the temptation to embezzle rise.

“One of the things we recommend is that you know your people as best you can,” says Hargave. “Look for signs that things are not right at home.”

Another article lists tips for preventing fraud including splitting up financial duties, requiring vacations for those who handle the money and keep eagerness for signing checks at bay.

When we think of issues dealing with the safety of the church the immediate and most common disasters lie in seeking to maintain the safety of individual people in the congregation.

One key disaster waiting to happen in many churches revolves around children’s ministry and abuse situations.

MaClay says that checks and balances are very important in children’s ministry. Having policies in place for possible situations is vital to maintaining the physical safety of children in ministry.

“When situation ‘X’ happens, we respond with ‘Y’,” MaClay says. Having thought out the way to voice how the church handles children’s ministry is a great way to prepare for and hopefully prevent disasters in that realm.

Brad Hambrick, general editor of Churchcares.com, in a recent LifeWay Leadership Network Podcast, says that “every church needs to have a clearly defined plan for how they would respond if an instance of abuse were to come up in their church.”

Although there is no way of predicting when an abuse situation with a minor could arise in a church, there are intense precautions and preparations that should be made to prepare for and hopefully prevent a situation from arising.

Hambrick says that taking precautions that go the extra mile in the screening process of new childcare volunteers such as having time buffers where the congregation and other leaders get to know new volunteers are the types of things that communicate intentionality and vigilance and can help deter predators from acting on abusive behaviors and therefore prevent some disasters from taking place.

A recent LifeWay Research study found that while many church leaders are aware the domestic violence and sex abuse cases could come up in their church, only about half of churches (52%) have a plan to assist victims of domestic abuse. Forty-five percent have no plan. Two percent of pastors aren’t aware of a plan.

As church leaders there is a high calling to protect the members of the congregation in the name of Christ and the issues that arise in the secular world are only highlighted in the church, many times finding their way into the congregation.

With that in mind, it is important for church leaders to be aware of the disasters happening in current culture and keep careful watch over their congregation for signs of those same disasters manifesting themselves in different ways in the church.

In regards to children’s ministry safety, church leaders should be watching for any signs of abuse and immediately make the call to authorities.

“Any suspicion of abuse you must absolutely, hands down, call the police,” MaClay says. “It is not our job to investigate it but we must report it.”

Hambrick also says that the standard for reporting abuse is when any reasonable suspicion arises.

“Our legal obligation is to make that first phone call when there is reasonable suspicion that a child is being abused, being neglected, or being exposed to abuse,” Hambrick says. “This is an area as a church where we cannot remain uninformed. We have to be willing to be uncomfortable and have the conversations that need to be had.”

With this level of alertness and awareness of even the slight possibility of a disaster happening, church leaders can be informed and educated, being willing to assess a situation and act quickly to hopefully prevent a disaster from forming.

More helpful resources are available from Hambrick and his team on how to deal with sexual abuse allegations and abuse situations on churchcares.com.

Another safety disaster that church leaders should be watching out for is protection for congregation members and facility safety should a natural disaster, such as an earthquake or fire strike.

For Thomas Kawazoe, serving at a church in the San Francisco Bay Area of California faces a very present risk of earthquakes.

Being aware of this unique disaster possibility to his church enables him to take specific precautions to seek to minimize the risk of facility damage by keeping the buildings up to code and looking into earthquake insurance.

Some helpful resources for understanding church insurance policies and opportunities to minimize disaster risk in both the financial property and liability realm can be found at brotherhoodmutual.com.

Kawazoe says in disasters such as the 2014 earthquake it is important to be asking the question “what is the plan to continue ministry when a disaster hits?”

The good news for church leaders is that “the church is not the building, the facility helps house the ministry,” he says. “Ministry is so personal, individualized, people to people that that’s going to continue on one level with or without a building.”

The heart behind ministry and disaster awareness and preparation must rest in realizing that everything entrusted to the church leaders comes from the Lord, says Kawazoe.

“We recognize that we’re stewards,” he says. “We’re going to give an account to him and that drives us to want to be faithful.” 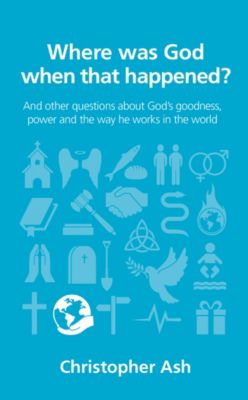 Where Was God When That Happened?

Previous Post: « Where Can Ministry Couples Get Help?
Next Post: New Hispanic Churches Often Do More With Less »