One of the most profound pastoral ministry lessons I’ve ever learned wasn’t in a seminary classroom but in a car. And it didn’t come from a pastoral guru; it came from a professional wrestler.

During the 80s, Nikita Koloff was the baddest man in professional wrestling. He was big. He was strong. And he was Russian. Well, sort of.

Nikita’s real name was Nelson Scott Simpson, and he was as American as eating watermelon on the back of a pickup truck. But he looked the part.

So for me, and millions of others of impressionable youth, Nelson Scott Simpson was a Russian bad guy who wanted to hurt Ric Flair. And I hated him for it.

The Russian who was really an American eventually left professional wrestling and became an evangelist.

You can imagine the awkwardness when Nikita came to my town, and it somehow fell on me to be his host and taxi driver over the weekend.

It was like driving Darth Vader around and finding out he was a Christian and much, much nicer than you thought he was when you were a kid.

Over those few days, I ate with Nikita. I worked out with him, or really, just watched him work out. I even took him to buy a suit because his luggage got lost.

It was a great few days. But it’s the words he said to me before getting out of my car for the last time that hit me like a steel chair to the head. And I hope I never forget them.

You Don’t Have To.

He was finishing up a story about how early in his ministry he spent so much time on the road it nearly wrecked him and his family. A trusted mentor pulled him aside and shared some wisdom with him.

It was the same wisdom I needed to hear then as a young man in the ministry who was starting a family of my own. And it’s likely the same wisdom that you could use. Here it is:

“Jesus already died for the church. You don’t have to.”

Does that apply to you, pastor? Are you attempting to be what your church already has in Jesus? Do you feel the need to be at every event, take every call, and accept every invitation, regardless of what it does to your family? “Jesus already died for the church. You don’t have to.”

While your friends from seminary are publishing books and starting global organizations, you can’t even find a replacement for the nursery. And so, ever so slowly, you die a new death every week over your church.

There’s something you need to know. It’s simple. You’re not going to be surprised to hear it. You’ve heard it a thousand times. You’ve even preached it. But maybe you haven’t marinated on it as you should.

And His love for you isn’t based on how many people downloaded your last sermon or how good a job you do at recruiting volunteers. God’s love is based on His character and Christ’s work, not yours.

So pastor, perhaps you need to say no to a few requests and spend that time with your family instead.

Or maybe you need to stop listening to the accusations that come your way from the enemy, the world, or even your flesh about how terrible of a leader you are.

Whichever category you fall into, you need to remember Jesus already died for the church. You don’t have to.

Nearly two decades ago, God gave me some life-changing wisdom through an evangelist who used to pretend to be a Russian wrestler.

Don’t doubt His ability to use you to have a similar impact on others.

God’s unchanging good news comes in a million different packages. Sometimes it’s delivered through former professional wrestlers, sometimes through megachurch pastors with a great delivery, and sometimes through pastors who lead congregations of 15 or 20 people.

But it’s never delivered in vain. Don’t lose heart, pastor. And don’t give in to the temptation to do for the church what Christ has already done.

He is enough. Rest in him. 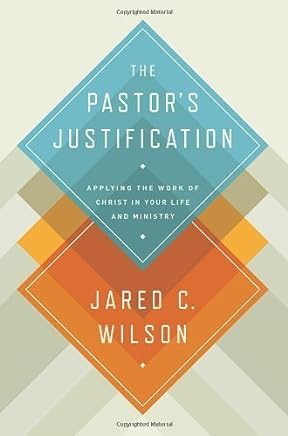 The Pastor’s Justification: Applying the Work of Christ in Your Life and Ministry

Previous Post: « 3 Lessons Adults Can Learn From Teaching in Children’s Ministry
Next Post: 3 Reasons Your Church Is at Risk of Decline »