When it comes to trusting God, Protestant churchgoers exercise a great deal of faith in their daily lives—whether in difficult circumstances or when the unexplainable happens.

The 2019 Discipleship Pathway Assessment study from Nashville-based LifeWay Research found 7 in 10 Protestant churchgoers (72%) disagree with the statement: “During difficult circumstances, I sometimes doubt that God loves me and will provide for my life,” with 50% strongly disagreeing.

Only 5% of Protestant churchgoers strongly agree they doubt God’s faithfulness in difficult circumstances, while 13% somewhat agree and 10% neither agree nor disagree.

The study identifies exercising faith as one of eight signposts that consistently show up in the lives of growing Christians.

Hispanics and African Americans are the two ethnic groups most likely to exercise faith in times of difficulty, with 55% of both groups strongly disagreeing with the statement: “During difficult circumstances, I sometimes doubt that God loves me and will provide for my life.”

“The Bible says believers should expect various trials,” said Scott McConnell, executive director of LifeWay Research. “The question is how does a Christian actually respond. Half of churchgoers indicate that doubts about God sometimes arise for them during tough times.” In addition to trusting God in difficult times, giving freely of one’s money and possessions is an indication of exercising faith in God.

Slightly more than a third of Protestant churchgoers strongly agree (36%) they make everything they own available to God, while a third somewhat agrees.

Around 1 in 5 neither agrees nor disagrees, while 10% disagree they make their possessions available to God.

Hispanic (50%) and African American (46%) Protestant churchgoers are more likely to say they make everything they own available to God compared to 31% of both whites and other ethnicities.

“Where one finds their financial security is an important part of faith in God,” McConnell said. “Overall, most churchgoers give God control of their finances, but two-thirds indicate it is not complete control.”

The study also found Protestant churchgoers are fairly certain God can work in and change people’s lives. Around 7 in 10 (73%) disagree with the statement, “I sometimes doubt that God can change the lives of non-Christians I know,” while 50% strongly disagree.

Eleven percent neither agree nor disagree, while 17% doubt God’s ability to change the lives of the non-Christians they know.

“In a post-Christian American culture, churchgoers should have contact with an increasing number of non-Christians,” McConnell said. “But if churchgoers don’t trust that God can help others experience the same transformation they’ve experienced, then there is room for increasing faith.”

Few Protestant churchgoers doubt God’s involvement in their lives when the unexplainable happens, according to the study. Fourteen percent say they “typically doubt God is involved when things happen in their lives they can’t explain.” Some 7 in 10 disagree (71%), with 44% strongly disagreeing.

Females are more likely to strongly disagree they doubt God’s involvement when the unexplainable happens than males (47% vs. 40%).

Protestant churchgoers in the South (47%) are more likely to strongly disagree than those living in the Northeast (38%) and Midwest (40%).

“One of Jesus’ most frequent rebukes of his followers was how small their faith was,” McConnell said. “It’s not that churchgoers have no faith, but many have room for growth.”

Exercising Faith is one of eight signposts measured in the Discipleship Pathway Assessment and addressed in LifeWay’s Bible Studies for Life curriculum. For more information, visit DiscipleshipPathwayAssessment.com. 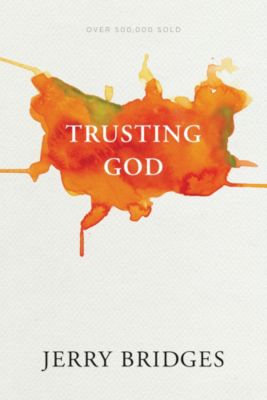