Speaking from his experience, he says when a crisis strikes we tend to throw helpful habits out the door. But that’s actually when we need to make those spiritual disciplines our foundation.

Aten, founder and director of The Humanitarian Disaster Institute at Wheaton College, recently spoke with Sam Rainer, Josh King, and Micah Fries on the EST.church podcast about the importance of disaster and crisis preparedness for church leaders.

Both Hurricane Katrina and colon cancer, he says, were disastrous situations where he was brought to a point of deep personal need and a responsibility to lead others through their own crises.

“When disasters happen, they can not only impact us physically and emotionally, but also spiritually,” Aten says. “That’s when we need to cling to our faith the most, which can be hard!”

Aten says pastors and leaders walking through disasters must remember the importance of their own self-care in order to provide actual, lasting help to those in need.

“Whenever a crisis strikes it’s going to be the pastor to whom everybody’s turning and often times what happens is pastors start to get really burned out,” Aten says.

“They’re helping so much in the beginning that they forget to care for themselves and aren’t available to effectively lead through crisis in the long term.”

Because of this reality, Aten says it’s incredibly important to establish rhythms of normalcy so that when a crisis hits leaders are prepared.

The goal is “to have some sense of normalcy in this abnormal situation,” Aten says.

When disaster hits it’s also important to have a healthy community and congregation that is close knit and honest with each other.

“People will say, ‘Oh, we had no idea that problem A, B, and C was happening in our community’,” Aten says.

When disaster strikes, both unhealthy and healthy attributes of the church and its community will be brought to the surface. Aten says it’s important to cultivate a healthy congregation and leadership team.

“That leadership team is key,” he says. “[Pastors] have been to seminary to learn things like how to interpret Scripture, how to preach, and how to lead. But there’s all these other new things [they’re] going to have to take on like managing volunteers, how to take in donations, and how to do a needs assessment of people that have unmet needs. [They’re] going to need to find other people to bring along to help manage those other pieces so that [they] don’t get burned out.”

The healthy church community can show the love of Christ and come alongside those who are in need, but it’s important the help being offered is actually needed.

“It’s not helpful if people think they know what you need without ever asking,” Aten says.

He says it’s crucial to prioritize listening and a willingness to fill the actual needs, no matter how insignificant they may seem.

“Don’t just give what you have laying around,” Aten says. “Ask the person that’s been impacted ‘what is it you need from me right now’ and no matter how small it is, do your best to fulfill that—there’s nothing beneath you.”

In preparation for a disaster, churches need to be thinking about the relationships that should be in place before the issue actually arises.

“Churches [need to] think about how we get ready, what are the relationships, who are the people we need to know—especially in areas with few resources—so we can come together and create a hub of networking,” Aten says. “Oftentimes we want to have a plan in place, but the people around the plan is what’s most important.”

Church leaders, he adds, can often feel like they should be the only ones acting as the helper and therefore struggle with asking others to get involved.

But no matter the role, help is needed eventually. It’s essential to cultivate an authentic church community where vulnerability and honesty is encouraged so when the time comes that help is needed, it can be easily asked for.

“As leaders, we have to work to cultivate [healthy community] if we are going to be able to thrive and survive in the midst of pain,” Fries says.

Leaders must “be an authentic model of going through the recovery process,” Aten says. “We need those moments from our pastors just to be real so that we can see that we’re not alone in our struggles. But we also need [pastors] to share with us a redeemed hope—to know that this brokenness, God is going to redeem it, be it in this life or the next.”

But Aten cautions that being overly optimistic can also be a trap to being unable to reconcile with the reality of the situation.

“Sometimes we want to put that cherry on top and make everything OK,” he says. “But that can hurt us and our relationships by not facing the reality of how bad things are.”

Hope, Aten adds, is cultivated with an attitude centered on the redeeming nature of God’s sovereignty. This allows for properly placed lamenting, as well.

At the end of the day, he says, it’ll mean a lot to those hurting if the church just shows up.

“[Our] presence will say more to people and speak more deeply than any words will ever say, so just show up and be there for them.” 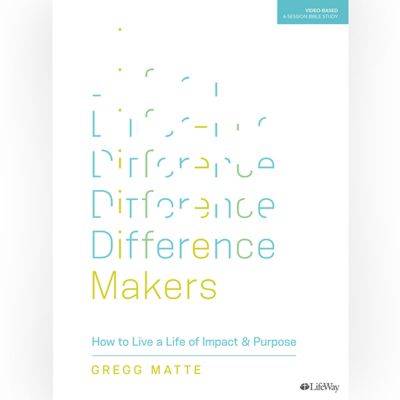 Previous Post: « 3 Ways Sunday School Can Prime Your Church for Evangelism
Next Post: 6 Ways to Battle the Sunday Slumber »