According to the estimates of U.S. adults, nearly 1 in 4 Americans are gay or lesbian. In reality, the number is much closer to 1 in 20.

A recent Gallup survey found that on average U.S. adults believe 23.6% of their fellow Americans are gay or lesbian.

The percentage of Americans who actually identify as LGBT has risen in recent years, but not close to those levels.

In Gallup’s most recent survey on the subject, 4.5% of Americans personally identify as lesbian, gay, bisexual or transgender—up a percentage point from 3.5% in 2012.

Younger generations are the most likely to identify as LGBT: 8.2% of millennials, 3.5% of Generation X, 2.4% of Baby Boomers, and 1.4% of Traditionalists.

Even among college freshman, the numbers are still relatively small.

In the most recent American Freshman study by the Higher Education Research Institute at UCLA, 91% of college freshmen identify as straight.

Few Americans are even close in their estimation of the LGBT population. Only 8% correctly believe that less than 5% of Americans are gay or lesbian, while a plurality of Americans (35%) say the number is more than 25%.

According to Gallup, there are numerous methodologies for attempting to establish the actual LGBT population, but no measurement finds a number near as high as the public estimates.

One possible reason for the overestimation is LGBT representation on TV. According to the LGBT advocacy group GLAAD, 8.8% of series regulars on broadcast primetime scripted programming identify as LGBT—an all-time high and nearly twice Gallup’s estimate of the actual population.

Additionally, Gallup found Americans have overestimated other minority groups in the past, such as the U.S. black and Hispanic populations. 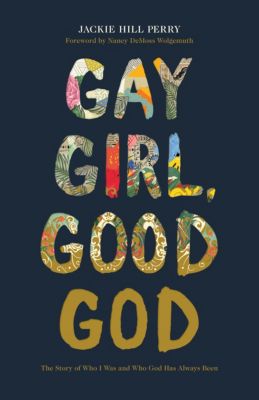 Gay Girl, Good God: The Story of Who I Was, and Who God Has Always Been

Previous Post: « 3 Errors That Undermine the Imago Dei When Ministering to the Disabled
Next Post: 4 Tips for Handling Church Conflict »