Christians say the Bible is God’s Word, but even among Protestant churchgoers only a third spend time reading it every day.

The 2019 Discipleship Pathway Assessment study from Nashville-based LifeWay Research found those who regularly attend Protestant churches are inconsistent in their reading and thinking about Scripture.

The study identifies Bible engagement as one of eight signposts that consistently show up in the lives of growing Christians.

“This research asked churchgoers about many biblical characteristics to see which actions, beliefs and desires are present in the lives of followers of Christ,” said Scott McConnell, executive director of LifeWay Research. “Among them, Bible reading was one of the most predictive of spiritual maturity.”

A third of Americans who attend a Protestant church regularly (32%) say they read the Bible personally every day. Around a quarter (27%) say they read it a few times a week.

A 2016 LifeWay Research study found 1 in 5 Americans said they had read all of the Bible at least once. However, more than half said they have read little or none of it.

Hispanics are the ethnic group most likely to say they read Scripture every day (40%).

“Jesus’ prayer for His followers was that they would be sanctified by the truth of God’s Word,” said McConnell. “It’s not surprising that the lives of those who spend time reading the Bible look more like Christ.” In a 2016 study of churchgoing Protestant parents, LifeWay Research found regular Bible reading as a child was the biggest factor in predicting the spiritual health of young adults.

The latest survey finds Bible reading as an adult has similar far-reaching effects.

LifeWay Research asked churchgoers if they think about biblical truths throughout the day and if they miss time with God if they go several days without reading the Bible. Responses to those questions are closely tied to how regularly churchgoers read the Bible.

When asked if they find themselves thinking about biblical truths throughout the day, 32% of Protestant churchgoers strongly agree. In total, almost 7 in 10 at least somewhat agree (69%).

Twelve percent disagree and 20% aren’t sure.

Among those Protestant churchgoers who say they read the Bible every day, 51% say they find themselves thinking about biblical truths during the day.

“This is a case in which the action of reading the Bible influences one’s thoughts,” McConnell said. “This mindfulness on God’s truths has additional benefits of influencing other actions and speech.”

A third of Protestant churchgoers (33%) strongly agree they desperately miss the time with God if they go several days without reading the Bible. Almost 3 in 5 at least somewhat agree (58%).

Those 65 and older are the least likely age group to strongly agree they miss the time with God when they go several days without reading the Bible (27%).

The more regular the Bible reading habit, the more likely churchgoers are to say they miss that time with God.

“One indication that reading God’s Word is beneficial is how much readers miss it after not reading for a few days,” said McConnell. “This fits with the Bible’s own description of itself as being ‘living and effective.’”

Bible engagement is one of eight signposts measured in the Discipleship Pathway Assessment and addressed in LifeWay’s Bible Studies for Life curriculum. For more information, visit DiscipleshipPathwayAssessment.com. 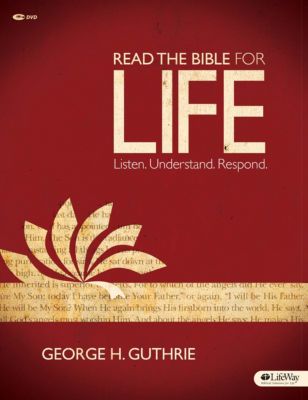 Read the Bible for Life