In the Texas town of Childress, about 22.4 percent of the population lives in poverty—nearly double the national average.

Halfway between Amarillo and Wichita Falls, the cattle and cotton-farming hub of 6,000 is the biggest community for 100 miles in any direction.

“The closest shopping mall and movie theater is about two hours away,” says Trey Morgan, minister for the Childress Church of Christ.

Way off the beaten path, Morgan’s thriving congregation of 375 works to bolster Childress’ quality of life in a simple way: by strengthening the town’s marriages and families.

“As melodramatic as it sounds, if we could make more families the way God designed them, it would fix about 90% of the problems in our country,” suggests Morgan, a father of four who, with his wife Lea, leads marriage workshops across the nation.

Focusing on the socioeconomic—and spiritual—benefits of saying “I do” makes sense at a time of an increasing “marriage divide” in the U.S., relationship experts tell Facts & Trends.

Bradford Wilcox, director of the National Marriage Project at the University of Virginia, highlighted that divide in a 2017 study: “College-educated and more affluent Americans enjoy relatively strong and stable marriages and the economic and social benefits that flow from such marriages.

And often, religious institutions have been a part of the problem, not the solution, according to Wilcox’s report.

“Moreover, many of these religious institutions have been less likely to clearly and regularly address issues related to marriage and family life since the 1970s,” his study concludes.

“Because of demographic changes in the pews and changes in the broader culture and the churches, pastors, priests, and lay leaders have become more reluctant to address topics related to sex, marriage, divorce, and nonmarital childbearing. This means that all Americans, including working-class men and women, are less likely to receive direction and guidance about marriage and family life that might otherwise strengthen and stabilize their families.”

But in places like the rural community of Childress and an urban neighborhood in New Orleans, Christian leaders don’t shy away from talking about sensitive topics like S-E-X and M-O-N-E-Y.

“A good number of people in the room were not believers,” says Rice, a father of four with his wife Seané. “For a lot of people, it was their first time hearing a biblical view on marriage and family.”

His church has offered parenting and financial literacy classes at an apartment complex — all for free so that ability to pay does not hinder anyone’s participation, the pastor said.

“When we came into the city, one of the things we really wanted to do was focus on kids, marriage, those kind of things,” Rice said. “So those are kind of the hallmarks of our ministry because healthy families change the community.”

For many couples, the idea of marriage is not the norm it used to be, Rice and other ministers said.

Rather, marriage has become something people do when they feel like they have their lives totally put together. Or it’s a “capstone” achieved when two people have enough money to pay for what they view as the perfect wedding (the national average price tag tops $30,000).

“There’s a perspective that has grown in the U.S., which is that you have to get through college, get the job, get the white picket fence, and then you can get married,” says Derek Gwinn, director of Relationship Education at the Center for Healthy Relationships at John Brown University.

“Whereas 50 years ago, the perspective was that you got married so you had someone to work with you toward those goals.”

The challenge for churches, Gwinn says, is to recognize how society has shifted and adapt to that change.

For example, congregations must be prepared to welcome “a lot of single moms” and not treat them as second-class citizens with no value to the Lord, he says. Otherwise, “they won’t stick around.”

At the same time, Christians must do a much better job of modeling what healthy marriages look like, says Gwinn.

“I was doing a premarital program … and I asked, ‘How many of you have a married couple in your life you look to as an example of what a healthy, successful marriage looks like?’” he says.

“And fewer than half the people raised their hand. If they don’t have a model of what a healthy marriage looks like, they’re not going to know how to make that happen.”

One way to help in that situation, he says: marriage mentoring programs that pair a younger couple with an older, experienced one who can help avoid pitfalls in a relationship.

Most crucial, in Gwinn’s view, is training. Too often, he says, churches offer premarital counseling that involves a few, quick Scriptures before diving into the intricacies of the wedding ceremony itself.

“When it comes to knowing how to talk to each other or knowing what issues might come up or how to make a life together, the couple is kind of left hanging,” he says. “There’s an opportunity for congregations to step up and say, ‘This matters to us, and we should do something about it.’”

Back in Childress, Morgan’s church offers physical support (including a free community garden full of corn, green beans, squash, and other vegetables) and spiritual training (including free financial and relationship courses) designed to encourage marriages and promote strong families.

“We have droves of people that come in for our marriage workshops that don’t go to church anywhere and won’t show up for a gospel meeting,” Morgan says.

However, they will show up for a discussion of how to get out of debt or stop arguing with a significant other, he says, especially if the class is offered at a “non-threatening” time like Friday night or Saturday morning.

Some of those people eventually come to Christ, he says. But his church strives not to take advantage of a “captive audience” or preach at cohabiting, unmarried couples who show up for the courses.

“We do explain,” Morgan adds, “that God designed couples to be married instead of living together and that God blesses that relationship when you’re married.” 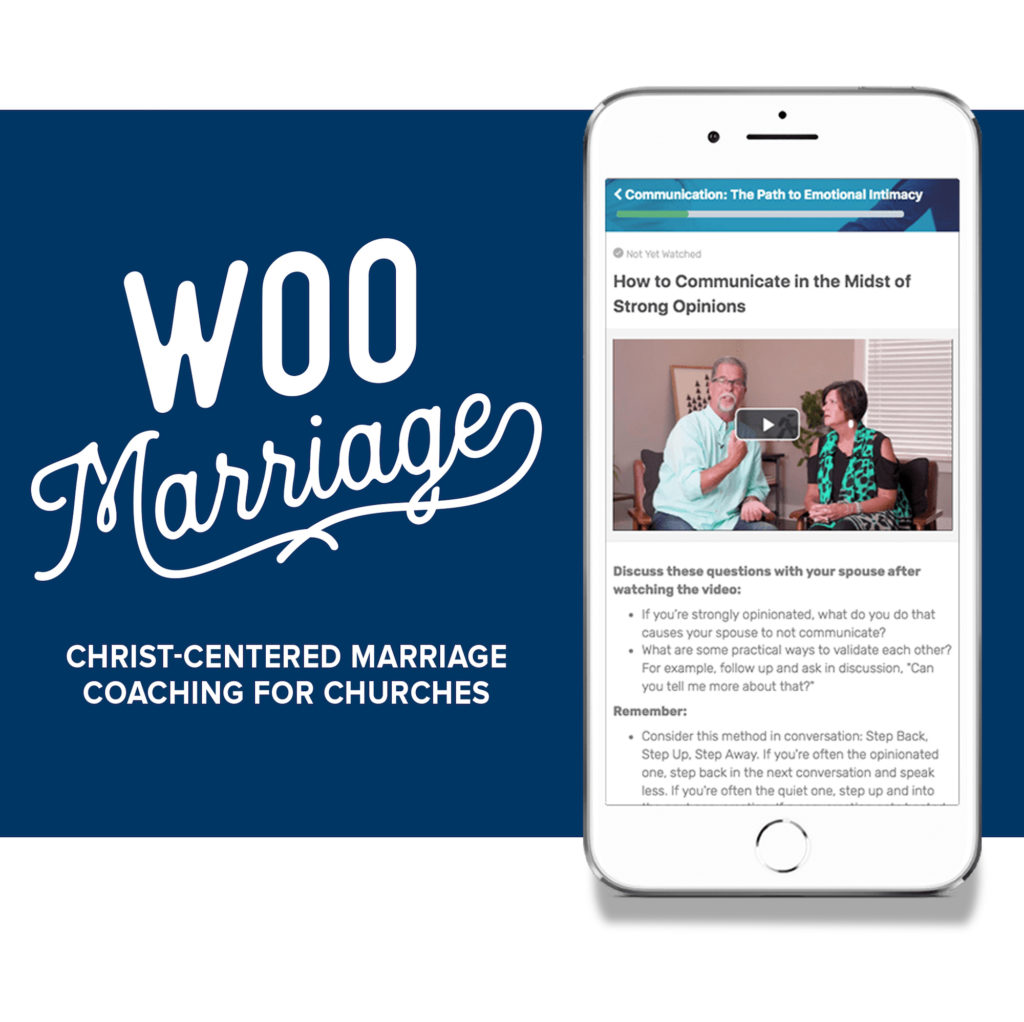 Christ-centered marriage coaching for your church

Previous Post: « 3 Ways to Help Your Church Think Rightly About Mental Health
Next Post: 5 Things to Remember When You Consume the News »