Lead out in vulnerability.

Author, speaker, and leader Jamie Ivey stressed this leadership principle while telling her story of a trial-filled past, redeemed by God’s grace, that brought her to the leadership role she now fills in her church, community, through her podcast “The Happy Hour”, and her recent book If You Only Knew.

Unseen Leadership explores the unknown past challenges leaders overcame to be who they are today. This is a podcast for young leaders to learn from those ahead of them by exploring the early days of their leadership, understanding the mistakes they made, and identifying the habits that shaped them.

Ivey says she initially feared leadership, believing she was incapable because of her past mistakes and being unsure if revealing those mistakes would hinder people’s view of her—especially as the wife of a pastor.

Her book chronicles this story, telling of her college pregnancy and miscarriage and the years of life she spent running from God.

But Ivey says sharing what God has delivered her from freed her of fear and enabled her to see that the Lord could use her testimony to encourage others, making her a leader right from the start whether she knew it or not.

“When we share where we’ve been He [God] looks really good,” Ivey says.

Ivey says that she first realized she was a leader when people began asking her questions about where she stood on certain topics, looking to her for answers. With that realization came a great awareness of the responsibility that leadership requires.

But the beauty of leadership that emerges naturally from a life that’s been transformed by the Lord, Ivey says, is that God is the one who brings the platform.

“It makes it a little bit more fragile to me where as I want to steward it so well because I know it’s nothing out of my own humanity that this has come to me.”

While pursuing vulnerability in leadership, Ivey says, it is important to have a community of people who serve as accountability in working through life’s struggles, past and present.

“Everyone around me has made me who I am,” Ivey says.

As her leadership platform developed, Ivey says she struggled with feeling inadequately educated, standing next to people with higher degree titles and more experience.

“I would think that I had to know all the answers and do it all,” Ivey says.

But realizing that some people may do things better than others is OK and Ivey encourages emerging leaders to take the pressure off themselves to try to do everything alone.

She also urges leaders to “serve where you are planted,” rather than trying to jump 10 years ahead, skipping the perhaps painful process of growth and honesty.

“We just look so far ahead and instead He [God] has big things right where you are,” Ivey says. “The things that the world would say are small matter a whole lot.”

And it is the small things, she says, that so often turn out to be the most profitable and shaping in the path to leadership.

Hear more from Jamie Ivey on Unseen Leadership, and look out for more podcasts on the Lifeway Leadership Network in the coming weeks. 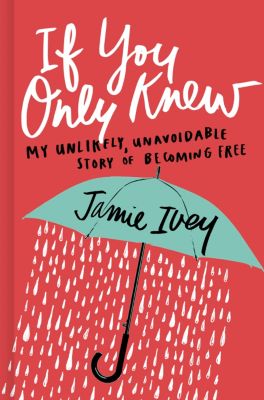 If You Only Knew: My Unlikely, Unavoidable Story of Becoming Free

Previous Post: « 3 Ways to Prevent Drift and Live Intentionally
Next Post: 5 Ways Churches Can Stand in the Gap for the Fatherless »