More than 8,000 messengers are expected to gather in Birmingham, Alabama, next week to elect new officers, pass resolutions, make motions, and affirm reports from the various entities at the 162nd Southern Baptist Convention (SBC) Annual Meeting.

As they gather, here are four things to watch for as the largest deliberative body in the world convenes:

The convention’s response to sexual abuse and the fallout of the recent reporting on the subject by the Houston Chronicle remain at the forefront of discussions.

Upon being elected last summer in Dallas, SBC President J.D. Greear announced the formation of a Sexual Abuse Advisory Group. That move has proven to be providential as the convention is embroiled in its most public debate on the subject in a decade.

The full report of the advisory group is scheduled to be presented Wednesday afternoon in conjunction with the Ethics & Religious Liberty Commission report.

Parts of the Sexual Abuse Advisory Group report and recommendations have already been announced—including a curriculum to help churches—but the proposed bylaw and constitutional amendments are likely to be the most debated aspects of the report.

The debate will likely not focus on whether or not to change the constitution and bylaws, but how and with what language. If brought to the floor by the Executive Committee of the SBC, these changes are able to be amended during debate. How the language changes will be of interest to those on both sides of the discussion.

After more than two decades running unopposed, current Recording Secretary John Yeats is being challenged by North Carolina pastor Eddie Eaton. But it’s not the only contested race at the convention. With the registration secretary role expected to be expanded as part of the Sexual Abuse Advisory Group recommendations, Kathy Litton has been announced as a challenger to Don Currence, who currently holds the position.

These two positions are the only contested races heading into the convention though nominations are not closed until minutes before each election.

Waggoner is serving in an interim capacity as the CEO of LifeWay, but the other four will be presenting their first reports since being elected to lead their respective entities.

The past 12 months have been a time of leadership transition in the SBC, and these reports will underscore just how much things have changed.

There will be other notable happenings to watch for at #SBC19 (resolutions and motions, in particular), but these four items will likely dominate much of the discussion—both in the room as well as online.

As you consider them, please pray that God will be glorified in the surrounding debate and discussion as well as through the actions of the messengers present and those watching online.

JONATHAN HOWE (@jonathan_howe) serves as director of strategic initiatives at LifeWay Christian Resources and co-host of the SBC This Week podcast. 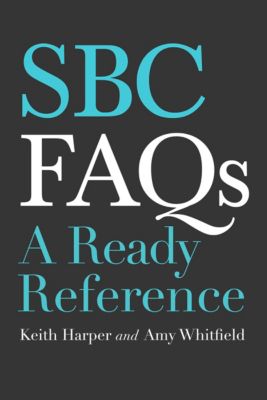 Previous Post: « How to Respond to the Curveballs of Life
Next Post: The Bible Passage People Mistake For Good News »