I’m not talking about a musical act from the 1970s or the guy who built the manger for your children’s play.

Maybe I should explain.

First of all—and I apologize to anyone who’s going to be offended by this— professional wrestling is scripted. I know it looks like the guys on TV hate each other, but after the cameras stop rolling, they’re eating eggs at Huddle House together.

Trust me. I’ve seen it with my own eyes. But that’s a story for another time.

When a wrestling promoter really wants to hype a wrestler and make him look good, he books him a match against a carpenter.

The carpenter is usually an older wrestler who knows what he’s doing. He’s skilled at making the “punches” he takes look like they really hurt. A carpenter gets no glory for his performance in the ring but his hard work is essential in making the match work.

In that sense, churches have carpenters, too. They’re the nursery workers, administrative assistants, custodial staff, bookkeepers, and the people who take care of the lawn.

They don’t preach or sing. They don’t teach a class. Most of their work is done behind the scenes. Sometimes it’s even done for free.

Remember that such people are not your underlings. They’re serving Christ’s church just as much as you are, only in different ways.

They matter. Let them know that. Talk to them. Fill in for them when it’s appropriate. Listen to them. Make sure they’re taken care of.

But there’s a very significant difference between the carpenters in church and the ones in professional wrestling. In wrestling, carpenters exist to make their opponents look good.

That’s not the job of the church carpenter.

In church, rather than making the pastor or staff look good, carpenters aim to reflect the greatness and glory of Jesus.

Pastor, it’s not about you. The church isn’t your show. Those serving behind the scenes aren’t there simply to do the jobs that are beneath you.

It’s extremely important you remember that. Don’t think of yourself more highly than you ought to. Otherwise, you might end up like Steve “Dr. Death” Williams.

Williams was a professional wrestler who had a reputation for being tough. He built a nice career for himself off of that reputation.

But it all came crashing down on July 20, 1998. It was called the “Brawl for All” tournament and it wasn’t fake. There were no carpenters in these matches.

Wrestlers were encouraged to fight for real. It didn’t end well for Williams. When he lost in a somewhat embarrassing style, his career was essentially over.

Pastors have an important job. But sometimes we think we’re more important than we are. We need to remember God can achieve His will without us.

After all, He has countless carpenters at his disposal.

It might be a letter or an email. It might be a phone call or an announcement before the entire church. Maybe it’s just a one-on-one conversation.

Whatever it is, make sure the carpenters in your life and ministry feel appreciated.

It’s not their job to make you look good.

But any good that people see in your ministry can likely be traced back to God working through them.

And that’s the bottom line. 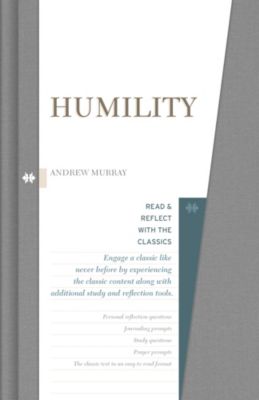 Previous Post: « 3 Keys to Leading Your Church to Become More Evangelistic
Next Post: The Worrisome Reasons Why Church Membership Is Falling »