Photo by Peter Hershey on Unsplash

Americans vastly over-estimate the number of their fellow citizens who identify as something other than heterosexual.

Only 1.7% of Americans say they are gay, lesbian or homosexual, statistically unchanged in the last decade, according to the latest General Social Survey.

The percentage of those who identify as bisexual, however, has increased slowly but steadily since 2008, from 1.1 to 3.3%.

This means 5% of Americans say they are gay, lesbian, homosexual, or bisexual.

A recent Gallup survey found the average American believes 23% of the population identifies as lesbian, gay, bisexual, or transgender.

That survey also found the percentage who identify as non-heterosexual to be in the low single digits (4.1%).

While younger Americans are more likely to say they are something other than heterosexual, the numbers are still small, according to GSS.

Less than 3% say they are gay, lesbian, or homosexual, a number that has remained relatively steady in the past decade.

“Sexual fluidity” is one of the traits of Generation Z that make them different from previous generations.

Still 9 in 10 Americans among all age groups say they are heterosexual or straight, including 89.7% of young adults.

Regardless of their own personal identification, younger Americans are more likely to see same-sex actions and relationships as morally acceptable.

Similarly, 55.3% of young adults say homosexual couples should have the right to marry, jumping more than 50 percentage points in 30 years. 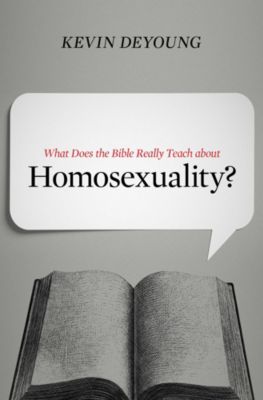 What Does the Bible Really Teach about Homosexuality?