Qasr al Yahud, the place where Jesus is believed to have been baptized. | Photo: From Wikimedia Commons, the free media repository

For decades, remnants of the Six-Day War have kept pilgrims from Qasr al-Yahud, the traditional site of John’s baptism of Jesus. But that’s about to change.

De-mining groups have worked with Israeli, Jordanian and Palestinian officials, along with representatives from several Christian denominations with historic churches in the area, to begin removing landmines and ammunitions from the area.

“Israel placed all the mines between 1967 to 1971 because there was a war, but now it’s empty because it’s a border of peace,” Marcel Aviv, the head of the Israel National Mine Action Authority, told the Times of Israel.

“It’s our vision that there will be no land mines on the borders of Israel.”

Israel partially reopened the baptismal site in 2011 that allowed visitors to navigate a path from the Greek Orthodox monastery to the Jordan River.

Last Christmas, Georgian minesweepers cleared more than 1,500 landmines from 50 acres. According to Haaretz, three of the monasteries have been also been cleared, including of booby-traps.

“The booby traps are often near doors or windows, where they expected people to pass,” Moshe Hilman, the National Mines Authority supervisor of the Qasr al Yahud site, told Haaretz.

Ze’ev Rozen, one of the project’s field supervisors said they “found a mine at the entrance to the Ethiopian church, and it was booby-trapped with string.” said Rozen,

“We had to check every room inside the church to make sure there were no more traps. We found every type of mortar inside here that you could imagine.”

Representatives from each church accompanies minesweepers as they enter the building to ensure the site is protected and nothing is stolen, according to Christianity Today.

The buildings were quickly abandoned as war erupted between Israel and its Arabic neighbors, with clothing and farming equipment left behind as Christians fled the fighting.

The reopened monasteries show evidence of daily life from the residents 50 years ago, as well as bullet holes and other structural damage from the Six-Day War.

Today, even in the dangerous current conditions, more than 6,000 people a year visit the site, according to The Washington Post.

Christian tradition holds Qasr al-Yahud, six miles east of the city of Jericho, is where Jesus came to John to be baptized in the Jordan River.

In addition, Jewish tradition says the site is where the people of Israel crossed the Jordan into the Promised Land, as well as where Elijah ascended into heaven in a chariot of fire.

“This is a place of historical and religious significance,” Col. Udi Tzur, regional commander for the Israeli military, told The Washington Post.

“And now we have a chance to reopen it all so that Israelis and tourists from around the world will be able to visit.” 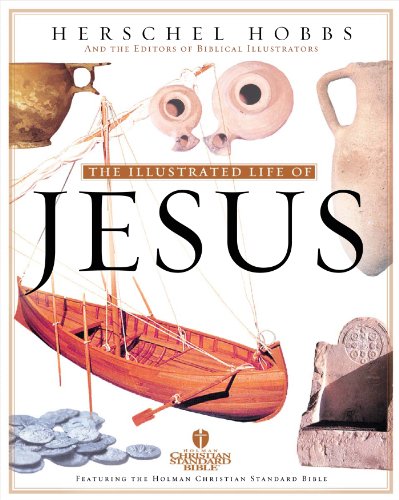 The Illustrated Life of Jesus

Previous Post: « Evangelicals Steady, But ‘Nones’ Surge in Latest Population Study
Next Post: 3 Reasons to Preach From the Old Testament »