Our culture is asking ecological questions. Indeed, many of the heartfelt debates in our country center on the relationship between humans and the rest of God’s creation.

We know the Bible isn’t a science textbook. However, it speaks to ecological issues by teaching about the right relationship between humans and the natural world.

The World’s Take on Christian Ecology

Some people suggest that Evangelical Christians minimize the value of the non-human parts of God’s creation. They say this tendency stems from passages in the Bible where God gives humans dominion or rule over the rest of creation (Genesis 1:28).

According to this viewpoint, the doctrine of dominion leads Christians to prioritize the wellbeing of humans to the neglect of the rest of creation. “Dominion over creation” is thus interpreted as a perspective where the non-human world is valuable only because of its useful to humans.

Because of this perspective, social researchers often assume the themes of human stewardship over the world and human dominion over creation are opposed to one other. In other words, they believe someone can’t really believe in stewardship and dominion over the earth at the same time.

Problems with This Approach

But there are several problems with assuming stewardship and dominion are opposed to one another.

Stewardship and dominion over creation can only be in opposition if the Bible contradicts itself; which it doesn’t.

The second problem is purely logical. Thinking of the natural world as useful (what some call dominion) and thinking of it as having God-given value (what some call stewardship) are not mutually exclusive perspectives.

Someone can think that nature has God-given value and that it is useful at the same time.

As pastors and church leaders, we need to help our churches develop a biblical worldview when it comes to ecology.

Humans are different from animals and have a unique relationship with God. That’s why humans have been granted dominion over the earth.

But this dominion means humans must pay more attention, not less, to the wellbeing of the natural world. The Bible—from the thundering voice of God in Job, to the songs of David, to the teachings of Jesus—reveals God’s love for His creation.

Clearly, part of nature’s purpose is to be useful to humans. Indeed, plants have always been a God-given food for humanity to enjoy and receive nourishment from (Genesis 1:29).

But the natural world isn’t just useful—it’s also beautiful and awe-inspiring. Part of nature’s value is that it gives glory to God directly and would do so even if there were no humans.

So the natural world isn’t something humans can use up at will. It’s a valuable part of God’s creation, and humans must steward it by helping it fulfill its God-given purpose.

Like we see in the Parable of the Talents, stewardship requires effort, sacrifice, and risk. But this is part of the unique job God gave humans regarding the earth.

Dominion, part of what distinguishes humanity from the rest of creation, is the authority undergirding stewardship. Stewardship and dominion are not in opposition because the dominion God gives humans in Genesis is the basis for the stewardship mandate that the rest of Scripture develops.

Good News for Humans and Nature

This biblical perspective gives Christians something unique to say about the ecological issues of our day.

In a world that seems to treat humans as animals and animals as humans, a biblical perspective helps us affirm the differences between humans and the natural world without sacrificing the value of either.

Humans and nature both have intrinsic, God-given value. Humans have a responsibility to God and have the redemptive power in Christ to seek the flourishing of the human and the natural world. This is the good news of God for ecology.

And it’s something worth sharing with our people.

CALEB BROWN is a senior at Liberty University, where he is pursuing a B.A. in Philosophy. Caleb has been admitted to a Masters in Applied Theology at the University of Oxford and hopes to continue to study the theology and sociology of ecological ethics through this program. Other than ecological ethics, Caleb’s main research interest is the philosophical, biblical, and personal significance of the doctrine of God’s trustworthiness. 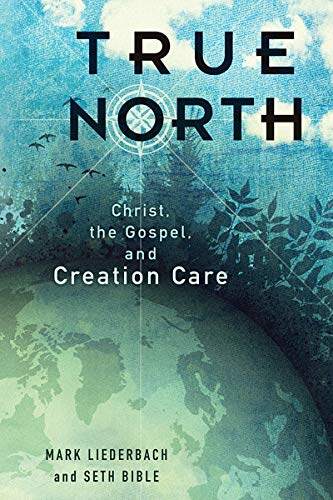