When he planted New Seasons—a predominantly African-American congregation—in 2014, his church had an arrangement with Raleigh White Baptist Church, an all-white congregation, to share facilities.

Times were alternated to accommodate both congregations, and New Seasons paid a monthly fee to Raleigh White—which had dwindled to around 25 members, all over the age of 75—to help with finances in the face of tithing shortfalls.

Raleigh White is located in an area of Albany that had transitioned over the decades from a predominantly white community to a predominantly black one. So when New Seasons launched their church on Raleigh White’s campus, they saw tremendous growth amid the decline of the older congregation.

Glass’ congregation dreamed of eventually merging the two congregations into one racially diverse church, but it would never happen. After a series of conflicts undergirded by racism, New Seasons left the campus of Raleigh White after Radium Springs Baptist Church, another predominantly white congregation, offered the use of their building.

Eventually, New Seasons merged with Radium Springs and the current church has around 150 members—20 of them white.

Glass spoke with Facts & Trends about both attempts at establishing a racially diverse congregation and what church leaders must consider when evaluating having this as a goal.

Glass says church leaders must have a community-oriented mindset when they approach cultivating racial diversity in their congregations.

The Albany community in which Raleigh White found themselves had changed, and Glass felt this might be the right time to pursue a racially diverse congregation through the merging of churches.

In this case, however, the other church resisted.

“You need to allow your context to dictate who you’re going to become as a congregation,” he says.

“Christ died for the world. And He wants us to love the world, as well. We’re not here for our own ‘country club comfortable’ setting. So when the community shifts demographically, we need to shift with it.”

The bottom line, Glass says, is we need to be oriented toward community rather than comfort.

“Sometimes we get caught up in trying to stay afloat—to continue business as usual—that we don’t look back at our congregation’s values to see why we started. Sometimes we can be operating off someone else’s values and not realize it. We can’t survive in the world today operating off values we didn’t play a role in setting.”

Determining whether the congregation’s values meet the need of the context should give church leadership insight on if and how to pursue racial diversity.

“Any church—regardless of how long we’ve been around or how steeped in tradition we are—can work through change in any situation, if we can keep our eyes on what we were purposed to do.”

Glass encourages church leaders to be bold enough to do something different to build a racially diverse congregation, should a church’s context demand it.

“Most importantly, we must be churches oriented toward the great commission,” says Glass.  “We need to meet people where they are, taking into consideration their struggles. We have to have a mindset of compassion—and we need to loosen our grip on what we feel is ‘ours.’” 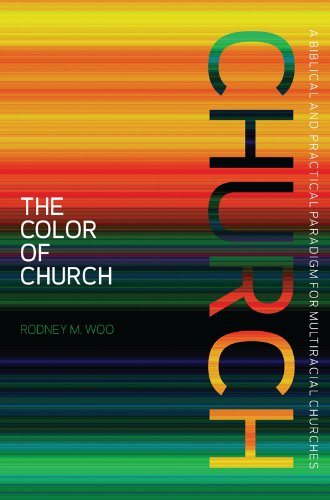 The Color of Church: A Biblical and Practical Paradigm for Multiracial Churches