If I’d titled this article, “Left at the Altar,” you’d probably think you were about to read a sob story about some poor fellow twiddling his thumbs as his bride-to-be jumps in a cab and makes a run for it.

While this isn’t that kind of post, it does involve a sob story of sorts—one that involves being lonely at the altar, when you finish up a sermon and see no response.

I’ve had the joy of serving in vocational ministry for over 18 years now. Some of those years have been filled with incalculable fruit. But other years have left me feeling ineffective and isolated in ministry.

I’m sure you’ve been there too. You preach your heart out faithfully and call for a response, but only hear crickets.

Well, I’ve got some encouragement for you. You’re not alone. Remember these two stories of faithful men who experienced long seasons of ineffectiveness by worldly standards

Before you sob too much, brothers, don’t forget the prophet Jeremiah. God told him in Jeremiah 7:2, “ Stand in the gate of the house of the Lord and there call out this word: ‘Hear the word of the Lord, all you people of Judah who enter through these gates to worship the Lord.”

Jeremiah is known as the weeping prophet. Why? Because although he knew what was coming, no one would listen to him for 40 years. That’s four decades of not seeing any fruit from his labor!

We’ve had Sundays at my church where I’m scrambling to find enough folks to help people fill out membership cards and to counsel those who are making decisions to follow Christ or are praying on the steps of the stage. But we’ve also had Sundays where I felt like I was preaching to a brick wall.

Jeremiah was obedient for 40 years despite no earthly success, yet to me, this prophet was extremely successful. Yes, he doubted God, but he ultimately stood firm and took an unpopular message to a people under judgment.

Then there’s William Carey, a man many consider to be the father of modern missions. After seven years of what probably felt to him like preaching to brick walls across India, he baptized his first convert in December, 1800. Note this gospel fruit took seven years to appear!

By the time Carey passed away, he’d served as a missionary in India for over 40 years without a furlough. What did he have to show for it? In a nation with a population of millions, he had 700 converts.

One of the things I remember most about Carey is a quote from a sermon he preached in 1792: “Expect great things from God; attempt great things for God!”

And Carey’s walk matched that talk. He was faithful throughout four decades of ministry that involved combatting infanticide, battling malaria, translating the Bible into the major languages of India, losing his son to a terrible disease, fighting widow-burning, and even having his wife accuse him of awful things.

His life was a roller coaster for sure, yet he remained faithful. And because of his faithfulness, history witnessed the birth of the modern missions movement that produced missionaries like Hudson Taylor, David Livingstone, and Adoniram Judson.

Keep Your Hand to the Plow

I doubt you’re reading this as a pastor who’s spent 40 years spinning your wheels without any fruit. But if you’re currently feeling lonely at the altar, I have one word for you:

Assuming you’re preaching the Word faithfully and that your loneliness stems from a burden for lost souls in need of salvation:

Keep it up. Don’t quit. Stay faithful. Keep preaching, keep plowing, and trust the Lord with the results. Continue to evangelize throughout the week, invite folks to church, and preach your heart out week-in and week-out.

I leave you with the words of Revelation 3:10:

“Because you have kept my command to endure, I will also keep you from the hour of testing that is going to come on the whole world to test those who live on the earth.”

If you’ve been a little lonely at the altar, keep on praying, keep on preaching, and keep on pleading for a response. May the Spirit bring forth fruit in and through our faithfulness to preach the Word.

MATT HENSLEE (@mhenslee) is managing editor of LifeWay Pastors, pastor of Mayhill Baptist Church in Mayhill, New Mexico, husband of Rebecca, and father of four beautiful princesses. You can also connect with him on Facebook and hear his podcast at Not Another Baptist Podcast. 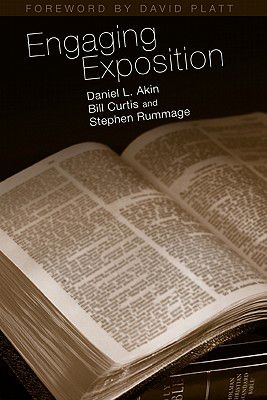 Previous Post: « How Can Churches Keep Teenagers Connected?
Next Post: 52 Ways Churches Can Save Money This Year »