Photo by Caleb Stokes on Unsplash

By Keith and Kristyn Getty

It’s Christmastime… and there’s so much to do.

The weeks leading up to Christmas morning once again find moms and dads scurrying their families about from event to event. Most of us are just trying to keep up with the pace in which we now live, which seems to inexplicably accelerate when tinsel and holly are prominently displayed.

Observations about the frantic pace of the holidays are a drum that has been well-beaten in movies, songs, and even sermons. Yes, we get it—we are all busy at Christmas.

But the truth is, this busyness isn’t all bad. In many ways, we work harder during this season in the pursuit of truly noble, honorable, and soul-feeding endeavors such as caring for the poor, being much more mindful of the feelings and desires of those around us, and carving out time (sometimes painfully) from our seemingly shorter days to delight in the company of family and friends, fostering insoluble memories even amid the backdrop of modern madness.

So yes, we are busy, but there is so much about these moments in December that whisper a divine message unto us. And in our opinion, there is no other moment in which we more vividly hear this whisper—this mysterious mosaic where the divine breath is gently folded into the divine voice—than when our china momentarily ceases to clink and our children momentarily cease to traipse… and everyone sings together these timeless lyrics:

All is calm. All is bright.

Our bet is that you know the feeling, that somehow unexpected-yet-familiar moment when you notice yourself actually breathing, the stress of holidays and life and bustle and such rolling off your shoulders in what feels like literal waves of release.

This year, as we travel across the nation singing Christmas carols with thousands of people—from Carnegie Hall to the Nashville Symphony—we will have the honor of once again witnessing the holy phenomenon of Silent Night.

As we celebrate the 200th anniversary of this carol, we remember that we’re not the first ones to experience the calming effect it brings into moments of stress.

The carol was first performed on Christmas Eve in 1818 at the St. Nicholas parish church of Oberndorf in present-day Austria, but the moments leading up to this now famous event did not go over as planned.

Joseph Mohr, the priest who had composed the lyrics a few years earlier was woefully dumbfounded alongside the church organist, Franz Gruber, because the organ was broken and would not be repaired in time for the mass. With no other option available, Gruber took Mohr’s lyrics and quickly composed a simple melody to accompany them that could be played on guitar instead—and so Silent Night came to be.

God’s heavenly peace is still so evident in these enduring lyrics and chords, its soothing effect one of the marvels of our modern holiday traditions—like a distant whisper somehow soft enough, yet also loud enough, to reach us in the deafening noise.

Why does this beloved carol have such soul-soothing effect?

Obviously, there is a great mystery to anything that is popular, much less timeless. After all, if there were a simple answer or formula for these kinds of things, then we’d all be doing them every day. Even so, we do believe there are a few particulars to Silent Night that set it apart.

First of all, as we’ve already explored in part, Christmas in the modern age is a season of pure, deliberate chaos. Silent Night is a welcome juxtaposition—a song with lullaby-like qualities.

Secondly, from a musical standpoint, the brilliant simplicity of the melody makes Silent Night one of the most easily harmonized songs in history. Three and four-part harmonies are never so simple to find and sing. This makes it a sweetly sacred staple for choirs, churches, or even families gathering around their old, out-of-tune pianos in the living room. Somehow, Silent Night always sounds just right.

Finally, its simplicity makes it easily accessible for all generations. When young and old alike look past their differences long enough to sing together the deepest truths of the gospel, heaven meets earth in the very places that earth needs it the most. In our marriages. In our families. In our hearts.

Silent Night can be easily sung by kids and adults, neither feeling that it is not generationally appropriate and both finding the lyric and melody to be haunting, yet still remarkably simple and also somehow divinely soothing.

As we sing Silent Night this Christmas, 200 years after it was first sung, may we again allow the true Source of its marvel to be deeply felt—the Savior incarnate who still whispers “all is calm” into our madness through the peace and love of His first advent, but also the hope and joy of His second.

Because in this moment, just as it is in heaven, it can also be on earth.

Modern hymn writers KEITH AND KRISTYN GETTY (@GettyMusic) commemorated the 200th anniversary of Silent Night with a special, never-before-heard arrangement of the hymn at Carnegie Hall in New York City, Dec. 13, as a part of their 7th annual Christmas tour,  “Sing! An Irish Christmas.” The Gettys live between Northern Ireland and Nashville with their daughters, Eliza Joy, Charlotte, Grace, and Tahlia. 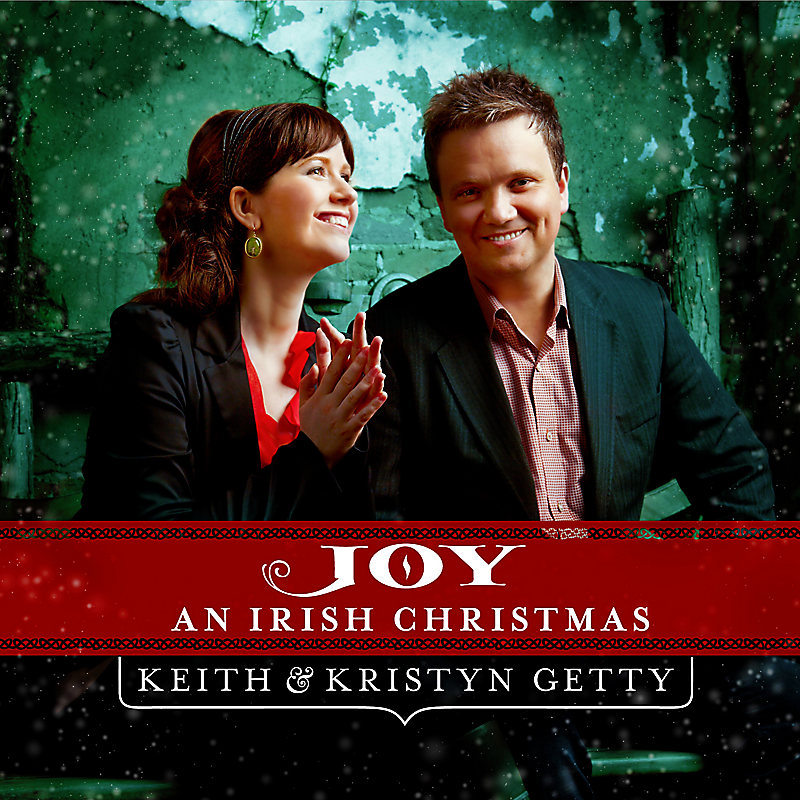