Virtually every other language has a word for Christmas. Spanish-speakers celebrate Navidad. The Italians have Natale and the Dutch look forward to Kerstmis.

But why do we English-speakers sing “The First Noel,” the French word for Christmas, and not say “The First Weihnachten,” the German word?

When was the first noel?

Like many other words in European languages, the French word nöel traces back to Latin and the word natalis, which means “birthday” or “relating to birth.” It’s also the root of English words like neonatal and postnatal.

It’s not difficult to see how the Latin word for birth evolved into a French word celebrating the birth of Christ.

In addition to being the word for Christmas in French, nöel also began to be used to refer to Christmas-related songs, similar to “carols” in English.

The earliest known musical use of nöel dates back to the 1400s and a song called “Nova Vobis Gaudia,” according to the Merriam-Webster podcast on the word “noel.”

Nöels were sung for centuries in French and Latin before word came to English at end of the 18th century.

The earliest English citation of “noel” meaning “carols” comes from 1771 in a book by J.F. Bielfeld entitled: The Elements of Universal Erudition: Containing an Analytical Abridgment of the Sciences, Polite Arts, and Belles Lettres. It doesn’t quite roll right off the tongue.

After explaining that noels are “spiritual songs that are designed to celebrate the nativity of the Saviour of the world,” Bielfeld went on to complain about them.

“But it must be confessed, that the very common use that is made of these noels, by children who sing them through the streets, and on the highways, is an abuse; and moreover, that in these hymns there is frequently a mixture of the sacred and trifling, the edifying and profane, in a manner that does but badly sort with the dignity of the subject.”

So our first English mention of a sung noel was not to “certain poor shepherds,” but certain poor street children.

It was not long after Bielfeld’s book that the famous Christmas carol “The First Noel” was written. First published in Carols Ancient and Modern in 1823, the song probably dates back earlier.

It originally had nine stanzas. “Though the angels’ appearance to the shepherds is the subject of the first stanza, most of the carol focuses on the journey of the Magi, giving an overall feeling of Epiphany,” writes C. Michael Hawn, church music professor at Southern Methodist University.

In the carol, the angels say “the first Noel” to shepherds, mirroring the Christmas narrative in Luke 2. The first birth announcement of the newborn Savior was given to a group who embodied what this baby would become—the good shepherd who gives His life for His sheep.

When we sing about that first Noel, we are reminded of our own privilege of continuing to share the good news during this time of the year and beyond.

In the words of The First Noel:

Then let us all with one accord
Sing praises to our heavenly Lord
That hath made heaven and earth of nought
And with his blood mankind hath bought. 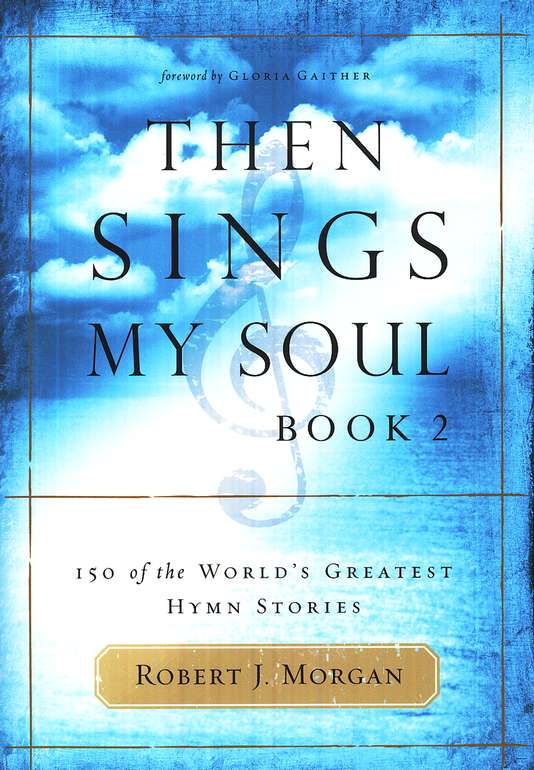 Then Sings My Soul: 150 of the World’s Greatest Hymn Stories

Previous Post: « The Number 1 Reason for the Decline in Church Attendance …
Next Post: A Simple Way to Improve Giving Retention »