There must have been a mistake. I had no business being included in this group or in front of all these people. But there I was. Scared to death.

You see, the church I grew up in was pretty big, and they weren’t afraid to put on a big production for Christmas. Somehow, even though I can’t play an instrument or sing, I got caught up in one of those big productions.

At every other Christmas production I was involved in as a kid, I never got to play the part of baby Jesus, Joseph, or the chief shepherd. I was playing the part of the disgruntled kid who didn’t want to be there.

Only I wasn’t playing a part

I can still remember one sweet lady at that church, Mrs. Hawkins. She noticed my frustrations during one Saturday evening practice that was running long.

She walked up to me, seemingly out of nowhere, and said, “Don’t worry, Jay. This will all be over soon, and you’ll be home in time to watch wrestling.”

That lady knew me.

So considering I had no rhythm and no ability to sing, how did I end up on the main stage with a speaking part and a solo? At the time, I wasn’t sure.

I just wanted to go home and watch wrestling

I was one of the three emcees of the event. Two other kids and I played the part of angel grandkids asking their angel grandfather questions about Christmas.

And just like in real life, a large choir would sing the answers to us. Yeah.

The guy who played our grandfather was a professional. He had a radio show on a major Atlanta station and he did a lot of voiceover work. I can’t prove it, but I’m pretty sure he taught Morgan Freeman everything he knows.

The two other kids with me always looked like they just stepped out of a catalog for children’s clothing.

The boy had one of those haircuts that, in the 80s, meant you were somebody. It was straight up top, but in the back it was curly. I guess you could say it was the mullet’s older, more respectable cousin.

The girl was the type who never did anything wrong. I think the closest she ever got to getting into trouble was when she almost forgot to return Little House on the Prairie to the library two days early.

And then there was me

The kid with no musical ability whatsoever who would rather be at home watching Ric Flair wrestle Dusty Rhodes. Can you blame me?

Well, right before the play, my female colleague got really sick from being nervous. This didn’t help me. “If the girl who never messes up is nervous, then I’m in big trouble,” I thought.

Nevertheless, I made it through my speaking parts without a problem. I was good at talking, I guess. But then came the time for me to sing my solo.

I still remember the song, “A Little is a Lot” and the line I had to sing was, “Believing you can light up the sky.”

I nailed it with no vomiting or squeaky-voice debacle

Of course, I’ve never been asked to sing a solo since that night but I’m sure that’s just a coincidence.

I think about that play every Christmas as I prepare to preach a month’s worth of sermons about the birth of Jesus.

This can be an intimidating season for a lot of pastors, myself included. There’s the temptation to make the story fresh or to add a new, relevant spin on it.

In the end, just stick with the simple story of God sending His Son to save His people from their sins. Sure, most everyone has heard it before, but we could all use another listen.

Pastor, don’t beat yourself up this Christmas

Don’t wear yourself out trying to top what the hip new church across town is doing. You don’t have to be the seasoned expert with the great voice or the perfect performer with the trendy haircut.

Just show up and tell people about Jesus. It really is that simple.

Ultimately, people don’t need a production. But they could sure use some hope, and there’s no better place to find it than in the true story of God’s miraculous plan to undo the sting of sin and death.

When I was a kid, I was at church every time the doors were open. I think that’s why I got the singing and speaking part that year.

It wasn’t because I had the best voice, that certain look, or the “it” factor. It’s because they knew I’d be there.

Pastor, if all you do during your Christmas services this year is show up and point people to Jesus, you’ve done your job well.

Like the old song says, a little is a lot. 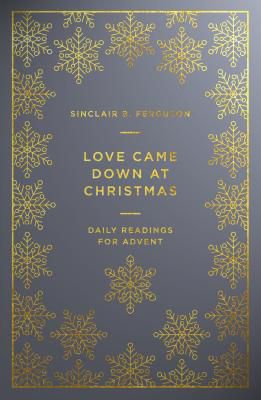 Love Came Down at Christmas
Daily Readings for Advent

Previous Post: « 5 Ways to Guide a Couple in a Marriage Crisis
Next Post: Most Americans Find Fulfillment in Family, Not Faith »