Well, December has arrived. When it gets to this time of the year, I’m always surprised, somehow.

It’s not as if I didn’t know it was coming. It just seems like the older I get, the faster the year seems to pass by, and all of a sudden, it’s that time again.

And there’s so much to be done, not only because of the specialness of the season, but because of all the things you have to plan for the coming year: calendar, budgets, themes, programs, and what you’re going to kick off in January.

There’s so much to do, and yet, there’ seemingly so little time to do it. May I encourage you with a simple outline for this incredible month of the year?

It’s probably one you’ve heard before, but the reminder may do us some good.

The Waiting for Christmas

There’s no doubt people are starting to prepare for the holidays earlier and earlier. Stores and malls begin setting up decorations long before they’e stopped selling Halloween candy. Retailers even begin playing Christmas songs and carols at the beginning of November.

By the time you reach the middle of chapter three, you realize preparations have begun—preparations that will involve waiting  thousands of years. A guy by the name of Simeon, however, had it right.

In Luke chapter two, right after the part we always read in verse 25 (and some have memorized from seeing Linus do such a bang-up job on the Charlie Brown Christmas Special year after year), it says Simeon was waiting for the consolation of Israel.

He was waiting for Christmas. The Greek word used there means waiting with expectation.

Do you remember waiting for Christmas as a kid? Time seemed to drag on until Christmas vacation was finally here. And as an adult, the waiting has simply increased; waiting in line, waiting in traffic, waiting to eat. Waiting.

But are we waiting with a sense of expectation? When you think of everything that’s part of this awesome time of year, Christmas Day almost seems anti-climactic.

As you wait, and as you watch your children and grandchildren wait for Christmas, don’t forget to do it with a sense of anticipation and expectation.

Enjoy the journey. There’s going to be traffic, lines, and surly shoppers and sales clerks. You know this–but don’t let it affect the joy of the season; wait with joyful expectation.

The Welcome of Christmas

Read and re-read the Christmas story, the accounts in Matthew 1 and 2, and then Luke 1 and 2. Follow that up with John’s take on it in chapter 1 of his gospel.

Realize John summarizes the Christmas story by saying, “in him was life, and that life was the light of men” (John 1:4).

Realize the welcome of Christmas included an innkeeper who could only offer a stable to a pregnant mother.

Realize the welcome included lowly shepherds who weren’t even allowed to participate in worship at the temple, but yet were invited to worship the King of kings.

Read through Matthew 1 and realize God orchestrated the birth of His Son to be exactly 14 generations from Abraham to David, from David to the exile, and from the exile to the birth of Jesus. God could have easily orchestrated for the lineage in that chapter to have run a different course.

But He included the really imperfect to be part of the coming of that which is perfect so that all people could know they’re welcome at Christmas.

May we drive that point home this season, so that everyone can know God’s love and welcome is for them.

The Wonder of Christmas

Is there any chance you’ve lost a bit of that over the years? You can see it in your children and your grandchildren; there’s a sense of wonder that just comes alive at Christmas.

And maybe, just maybe, God’s intent was for that wonder to never go away. My friend, this season of the year comes along at just the right time to remind us of it.

Our minds tell us it’s childish, but something within us desires to experience the childlike wonder of it all…again.

And maybe we somehow grab hold of that wonder for a few fleeting moments, but as we put away the tree and the decorations and stop listening to the music, reality seems to strike back.

The older we get, the more we need somebody bigger than we are to restore what we’ve lost. That happens when we begin to understand what we need most from Christmas is the hope the first Christmas still brings.

And it lasts far longer than a season. Paul would say it best, “Christ in you, the hope of glory!” (Colossians 1:27). Be in awe of that hope of glory all year long, not just at Christmas.

May the Christ of Christmas fill your heart with enough wonder this time of the year that it reaches everyone you’re fortunate enough to be with in the coming days!

BILLY WALKER (@billyhwalker) is the pastor of Calvary Church in Southgate, Michigan. He’s vice president of the Billy Walker Evangelistic Association and is the president of the Pastor’s Conference for the Baptist State Convention of Michigan. 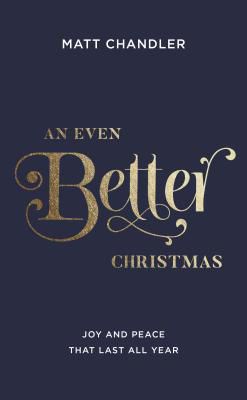 An Even Better Christmas
Joy and Peace That Last All Year

Previous Post: « 3 Ways to Engage the Homebound in Church Life
Next Post: 25 Interesting Things You Never Knew About VeggieTales »