More than a thousand of Isabella Chow’s University of California Berkeley classmates are demanding she resign as a student senator after she abstained from a vote she said contradicted her Christian values.

On October 31, an LGBTQ organization asked the student legislature to condemn a potential move by the Trump administration that would set a legal definition of gender that matches a person’s biological sex at birth.

The resolution would also call on the university to increase their support of “transgender, non-binary, and gender non-conforming students” and the groups who help them, according to the San Francisco Chronicle.

Every student senator present voted in favor, except Chow. She abstained and read a five-paragraph explanation where she decried bullying against LGBTQ individuals, expressed remorse that many have done so in the name of Christ, but said voting for the bill would cause her to compromise “my values and my responsibilities to the community that elected me to represent them.”

In light of recent events and expressed confusion regarding what was said last week in Senate, I would like to share a verbatim transcript of my statement before the roll call vote. Read it for yourself:

In response, her campus political party disaffiliated with Chow, releasing a statement saying her actions went against the principles of the party.

CalTV, the on-campus student TV station, and The Daily Californian, the student newspaper, distanced themselves from Chow, as she ran on a platform to support student-run publications, referring to her statement as “anti-LGBTQ+ rhetoric.”

The paper refused to publish an op-ed from Chow explaining her decision, saying it only supported her original statement, which they claimed was “utilized rhetoric that is homophobic and transphobic.”

Hundreds of students and others attended the November 7 student senate meeting to protest Chow and call for her resignation.

Chow told Campus Reform she was surprised by the reaction. “I didn’t expect the backlash and misunderstanding to be so swift.”

She believes much of the vitriol comes from “a difficulty to reconcile how the traditional Christian worldview can espouse love and validity for all individuals and yet disagree with certain identities or choices.”

It’s time for the church to start speaking up, and to back our words with actions that really reflect the love and truth of Jesus. — Isabella Chow, UC Berkeley studentAccording to The Daily Californian, fellow student senator Teddy Lake, who ran to represent the LGBTQ+ community at Cal Berkeley, said, “I don’t feel comfortable being told that I’m valid and then saying that you disagree with me and my community.”

But for Chow, “it’s a belief in objective truth.”

Despite the protests, she says she will not resign. “There’s a Christian community and campus that has been praying for me and encouraging me throughout this. And if I don’t represent their views, who else will?” she told Campus Reform.

Despite it being a “really, really rough week” for her, Chow said she believed God uses all situations for the good of those who love Him, alluding to Romans 8:28. 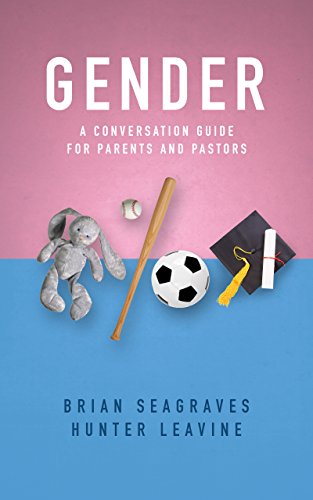 Gender: A Conversation Guide for Parents and Pastors