I was shocked not long ago to learn not all of the people in the church I pastor at think I’m great. My wife tried to explain to me why some people might find me less than appealing, but I still didn’t get it.

Do you ever get that feeling? Have you ever had that feeling confirmed by your people? No matter how rough your edges may appear to be, if you truly have the heart of a shepherd, this discovery shakes you to the core.

This is because, unlike a physician or an attorney, our relationship with the people we serve and lead isn’t merely professional. Healthy personal relationships are not optional for effective ministry. So when we discover a less-than-stellar connection to one or more of our people, it sometimes makes us feel like failures.

In some cases, maybe it’s because we have failed! In others cases, the necessary decision-making and truth-telling that comes with our calling may have taken someone to an uncomfortable place, and the only reaction they’re capable of at that moment is a personal one.

But how can we tell the difference? How can we grow personally and spiritually through these tense connections with people who call us pastor? After all, our mandate is to shepherd all of our people, not merely the ones who think we hung the moon.

Let me suggest five ways we can grow along with our people using precisely these sorts of uneasy relationships.

If it becomes apparent a sheep is no longer enamored with his or her shepherd, it helps to know why. In my experience, there are four primary types of people who don’t think you’re all that and a bag of chips.

The Window Shopper. This is the individual who loves to play the comparison game. He or she might constantly compare you to a previous pastor or may also be the kind of person who has 400 different preachers on their podcast list. Maybe they don’t understand why you don’t give invitations exactly like Billy Graham or why you just can’t preach as well as Matt Chandler.

They don’t like you because they can always find someone better than you.

The Personals Peruser. Some people don’t just want a pastor. They want a best friend. Given that a pastor can’t be good friends with more than 50 people and that the average size of a Protestant church in North America is around 80 people, these folks will be sorely disappointed in every pastor—unless he is content with a 20-member church that never grows.

They don’t like you because they think you get paid to be their best friend, and you aren’t doing your job.

The Co-Opter. Church members sometimes think they know better than anyone else which direction the church needs to go, so when the pastor does something that in their view takes things “off course,” the response involves a war of agendas.

“I’m just not that into you!” It’s nothing personal and it’s nothing in particular. You just rub some people the wrong way. They don’t like you because they don’t like you. That stinks. But it’s also a reality in every other sphere of life so why wouldn’t that challenge also exist in the church between a pastor and some of his people?

Identifying the motives for those who throw scorn in your direction doesn’t help the pain you feel, but it does help you understand those particular sheep in a way that will empower you to shepherd them faithfully.

Recognize and seek to understand the people who don’t like you.

I’ve been a pastor for more than 25 years and in that time I’ve encountered more than a few people who just didn’t like me. What I’ve discovered is it’s awfully hard for me to throw disdain back at anyone who’s the constant subject of my prayers.

When Jesus commanded us to bless those who curse you, pray for those who mistreat you (Luke 6:28), I’m certain some of the people He had in mind sit in front of us each Sunday while we preach.

I’ve asked the Lord to not allow me to be a barrier that keeps these people from growing in their faith. I’ve asked Him to bless these people and their families, to grant them good health, and to prosper them in a way that might even remove their ire.

This hasn’t always been true of me. I remember early in my pastoral ministry when a faithful servant I loved dearly was diagnosed with a possible brain tumor while a deacon who had become the bane of my existence was living large in his late 60s. I literally said “Lord, you missed! The one you want is over there!” (Come on now, you know you’ve been there too.)

The thing is, that kind of vindictive proclivity to pray Psalm 58 on a brother in Christ never brought me any peace. But if I could, through my prayers, catch a vision of them as people growing in their faith and bringing glory to God, then asking God for these things on behalf of my detractors could keep me from becoming jaded.

Sometimes the reason people don’t like you might just be that there are things about you that just aren’t likable. Perhaps God is using someone who annoys me to point out something that annoys Him.

Remember, God can use who He wants. It was Augustine who first said, “all truth is God’s truth.” That’s true, even if it comes from the mouth of a curmudgeon. When critique comes, don’t let it destroy you. Allow the true parts of it to mold you into the image of Christ.

Your detractors may have no redemptive purpose at all in their criticism. But if what they say is true, you can still learn from them. And many times, when we think they’re saying things because they don’t like us, they too would both notice and appreciate evidence of sanctification in our own lives.

When my oldest son started driving, I sat tensely in the passenger seat with my hand firmly on the emergency brake of that little green Honda Civic. Over time, for him to learn to drive, I had to learn to let him have control.

I’d frequently signal with phrases like “watch that guy on the bicycle” or “keep it between the lines, son!” Over time, “frequently” turned into “occasionally,” which turned into “rarely.” The turning point in the whole exercise came the day my son realized that regardless of what his father said, his hands were on the steering wheel.

He took responsibility that day, and with it, gained the privilege of control.

Sometimes being a pastor is a little like being a driver’s ed student. Your detractors are those sitting in the passenger seat critiquing everything they see you do wrong. My son’s attitude in that moment is a great example of how pastors should react.

Listen to the things that are helpful but keep your hands on the wheel. The best thing a critic can experience is the leadership of one who’s constant—one who doesn’t overreact to criticism, actually responds to helpful suggestions, and keeps his hands on the wheel.

Never, ever abandon your call to lead for the purpose of getting someone will like you.

Sickness. Death. Job loss. Divorce. Rebellious children. Car accidents. Eventually, those who rub you the wrong way are going to experience a crisis. And when they do, they need their pastor.

Never hold a grudge that keeps you from being there when your people need you. And when those moments come, walk into that situation filled with compassion for people created in God’s image that Jesus died to save.

In the end, don’t allow yourself to be defined by the worst impressions people have of you. Be yourself. Don’t change merely to fit someone’s preconceived mold of what or who their pastor should be. But always be ready to be conformed to the image of Christ.

Charles Spurgeon once challenged his people concerning their pastor to do the following: “Get all the good you can out of him, and pray his Master to put more good into him.”

We should actually pray that for ourselves. And when God answers those prayers using people who don’t like us, thank Him, serve them, and grow!

JOEL RAINEY (@joelrainey) is Lead Pastor of Covenant Church in Shepherdstown, West Virginia. He’s husband to Amy, father of three, serves on the adjunct faculty of Southeastern Baptist Theological Seminary, and is the author of three books with a fourth one due out this fall. Joel blogs at Themelios. 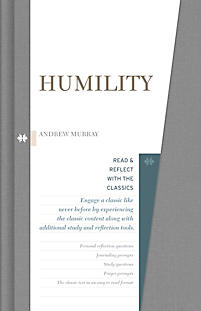