“The vast majority of America understands America is broken. And they understand that God is the only one who can fix it. We have an opportunity to create a theme that will engage all Americans,” said Floyd.

“The theme must be biblical, relevant, clear, simple, and understandable. ‘Love One Another’ accomplishes those five things.”

“There’s no other observance in the American calendar like the National Day of Prayer,” Floyd said. “On this one day, we have the opportunity to come together as one nation in prayer.”

The National Day of Prayer was created in 1952 by a joint resolution of Congress and signed into law by President Harry S. Truman. In 1988, the law was unanimously amended by both the House and Senate to designate the first Thursday of May as a day of national prayer. President Ronald Reagan signed it into law on Thursday, May 5, 1988,

Every president since 1952 has signed a National Day of Prayer proclamation.

Pray Like This, a resource on prayer by Steve Gaines with Ronnie Floyd, J.D. Greear, and other leaders was released by LifeWay in 2018 to support prayer ministry in the local church.

Floyd was named the president of the National Day of Prayer in August 2017 and serves as a pastor of Cross Church, a multisite Southern Baptist church in Northwest Arkansas.

For more information and to get your church involved in the 2019 National Day of Prayer, visit NationalDayOfPrayer.org. 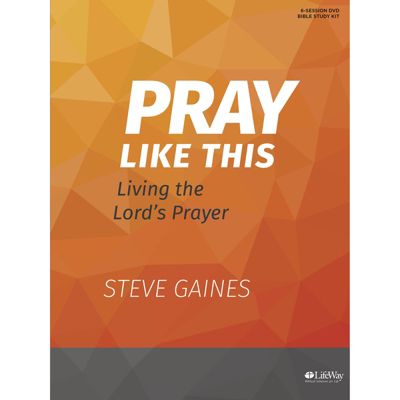 Previous Post: « 9 Ways to Spot a Manipulator in Your Church
Next Post: Americans Distrust Churches’ Handling of Sexual Assault »