Some people’s journey to faith in Jesus involves hearing the gospel in a church service, having a Christian befriend them, or even reading Scripture for themselves.

For my mom, it also involved an arranged marriage.

Some people’s journey to faith in Jesus involves hearing the gospel in a church service or having a Christian befriend them. For Ruth Malhotra’s mom, it also involved an arranged marriage.My mother, Veena, was born in a primitive village in Eastern India that still has little electricity or running water. She was raised in an orthodox Hindu family and grew up amidst a polytheistic, works-oriented religious system.

Though she moved to major Indian cities such as Calcutta and New Delhi and studied in some of the country’s best schools, her worldview was still limited for the first 26 years of her life, never having left India and knowing hardly any Christians.

Then, she married a man she didn’t know and moved across the globe.

My dad, Naresh, was living in America, having just completed higher education in New York and about to begin a teaching position at Georgia Tech in Atlanta.

While he was a graduate student in Buffalo, through the outreach of a local church and a Christian campus community that befriended international students, he started attending church-sponsored socials and gradually developed friendships with believers.

He was a strong orthodox Hindu, with a rigorous, ritualistic system of worship, and with no intentions to convert from the Hindu faith. But he thought the ministry’s social events provided good food and a great way to integrate with mainstream American culture.

After months of turning down invitations to visit a local church, he reluctantly agreed to visit one Sunday morning at the invitation of a close friend. It happened to be Palm Sunday, 40 years ago (March 19, 1978).

As the pastor concluded his message, my dad felt compelled to go forward and accept Jesus Christ as his Savior! Three ladies at the church—a single woman, a widow, and an older matriarch—reached out and discipled him, and within a very short time my dad became a part of that local church.

It was my dad’s first time ever to visit a church, but it changed his life—and our family’s trajectory—forever.

When he moved to Atlanta in 1979 to teach at Georgia Tech, he wandered into Atlanta’s First Baptist Church, primarily because of the church building’s proximity to his office and apartment downtown. He didn’t have a car, and the church was within walking distance.

This young, single, immigrant from India was instantly embraced by the church community, from young families who invited him over for meals to older couples who offered him counsel, all the way up to the senior pastor, Charles Stanley, who took a special interest in involving him in church initiatives.

When my dad told his new pastor and church family he was going back to India to marry a woman he didn’t know, they were bewildered and warned him against being unequally yoked. But caught between India’s intimidating patriarchal culture and his newfound faith and priorities in America, my dad embarked on this matrimonial venture—realizing it would be impossible to reconcile all the dynamics at play.

Hundreds of people at First Baptist were praying for a redemptive outcome to this difficult situation. I still meet people who tell me they prayed fervently during those days.

“We were all wondering who he’d bring back with him,” recalls First Baptist staff member Mary Gellerstedt, now 93. “But at that point, all we could do was pray.”

And what a venture it turned out to be.

“It was a tumultuous time as both my family and his reacted to Naresh’s conversion to Christianity, his rejection of his childhood faith, and the exclusivity of Jesus Christ,” recalls my mom. “But patriarchal pressures were unrelenting, and in their minds our marriage was a done deal. I assumed that with him being a Christian and me remaining Hindu, we could have co-existent religious systems and live with an all-inclusive mindset.”

On June 8, 1980, my parents met for the first time. Their marriage had already been arranged by their parents. Three weeks later, on June 30, they were married according to the strictest of orthodox Hindu traditions (at the astrologically determined time of 2 a.m., no less).

Three weeks after that, my mom was living in America with her new husband. On July 20, my father brought his new bride to First Baptist to meet his church family. The members of the congregation lovingly welcomed this beautiful young woman dressed in traditional Indian attire.

Just eight weeks prior to my conversion, I was walking around the fire as part of a Hindu marriage ritual in New Delhi, and now I was standing at the altar at First Baptist Atlanta.Five weeks later, during a Wednesday evening service, she gave her life to Christ.

“It’s hard to imagine just eight weeks prior to my conversion, I was walking around the fire as part of a Hindu marriage ritual in New Delhi, and now I was standing at the altar at First Baptist Atlanta,” says my mom.

“The magnitude of that miracle can only be measured in the light of God’s immeasurable grace and goodness, His faithfulness and favor, His mercy and love. I am continually amazed by the scope of God’s redemptive reach, for the providential path He charted as He brought me out of a primitive and polytheistic culture in India to knowledge of the One True God through faith in Jesus Christ.”

But it was more than the sound teaching that captured my mom’s heart and mind; it was the welcoming spirit of the congregation.

“I loved the church, and I loved the people,” she recalls. “I was moved by how individuals in the church embraced me, even as I felt I was a stranger in a foreign land.”

The church’s international ministry had a global reach, with members from every continent, and everyone assimilated with their uniqueness and diversity while adapting to the American culture.

First Baptist not only played a significant role in my parents’ conversion and discipleship decades ago, it remains our family’s home church today. Not a week goes by that I’m not personally reminded of the loving congregation who welcomed my parents so warmly and continues to be an integral part of shaping our family’s trajectory.

As I was talking to my parents and reflecting on the ways our church impacted their spiritual journey early on, these three realities stood out as most significant:

The church embraced strangers and foreigners.

My family is incredibly grateful for a church that welcomes and embraces strangers, whether from around the corner or around the world, recognizing all are made in the image of God and in need of God’s redemptive grace through Jesus Christ. Long before Atlanta became a global city, the church had global membership.

This reality continues today, as First Baptist has made extending hospitality to strangers a priority.

Under the visionary leadership of Global Missions Director Mary Gellerstedt, the church has expanded the scope of local and global outreach with a thriving international community and numerous humanitarian initiatives. Within a five-mile radius of our church and the I-85/285 intersection, there are an estimated 145 different nations and 761 language groups represented.

More broadly, the North American Mission Board estimates there are 2,700 unreached people groups from around the world living in Metro Atlanta, including in Clarkston, Georgia, which The New York Times named “the most diverse square mile in America.”

The pastor’s sermons clearly communicated the universal scope of the gospel as well as the uniqueness of Jesus Christ.

The message that salvation is for all who believe came through in each sermon—as did the imperative for each individual to make a personal commitment to follow Christ as the only Savior and Lord.

“Every sermon emphasized that the scope of the gospel is universal, but also highlighted the exclusivity of Jesus Christ as the Way, the Truth, and the Life,” mom recalls.

The priority was placed on personal Bible study.

Week after week my mom grew in her understanding of God’s Word and His purpose in redeeming the world to Himself and in her acknowledgement of the supremacy and sufficiency of Christ in all things.

She saw herself as being adopted into the family of God and learned what it meant to worship Him in spirit and in truth—a stark contrast to her former way of life, and a lesson she’d later pass down to my brother and me in a deeply personal manner.

“I perceived the differences between my former religious ritualistic practices and the relational intimacy I now experienced with my Heavenly Father,” she says.

“I was led to worship the Creator rather than creation; and I went from dread and uncertainty to trust and dependence on the One who controls our destiny, from deeply embedded fear and fatalism to freedom and faith.”

Reading the Bible as a new believer reshaped my mom’s worldview and pointed her to obedience to the one true God.

“I’m so grateful to Dr. Charles Stanley for his impact on my spiritual formation these past 38 years, and for the way he has helped me cultivate a biblical worldview based on the doctrine and testimonies of Scripture,” she says.

My encounters with different aspects of India’s culture—combined with a more intentional exploration of my family’s spiritual journey—have given me a profound sense of gratitude for my own salvation and a renewed confidence in Christ’s redemptive power. It has given me a deeper burden for the role of the local church in pointing our world to the only One who can offer true life.

For the past several years I’ve been privileged to serve in Christian ministry, and much of my personal and professional interaction is in the context of church gatherings and evangelistic events across America and around the world.

Every once in a while, I tear up as I take a step back and reflect on my family’s faith journey and realize just how remarkable and humbling it is that God has brought us this far in one generation.

As I ponder the past, anticipate the future, and consider our present cultural moment, I’m thankful my church was and remains a welcoming place for strangers and foreigners. I pray yours is, too.

I cherish the people God brought along my family’s path who helped shape our life experiences and eternal trajectory. I pray you play that role in someone else’s life. Most of all, I marvel at our sovereign God who brought us out of darkness and into His wonderful light. 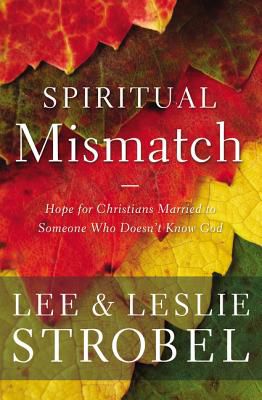 Surviving a Spiritual Mismatch: Hope for Christians Married to Someone Who Doesn’t Know God

Previous Post: « 3 Things Pastors Don’t Have to Do
Next Post: Gen Z Christians Break From Peers on Morality »