Members of Generation Z are the most likely to say morality changes over time, but committed Christian teenagers are still likely to hold on to their beliefs.

A report from Barna on the moral views of 13- to 18-year-olds found a quarter of Gen Z (24 percent) say that what is morally right and wrong changes over time based on society.

Yet, young people who are “engaged Christians”—defined by Barna as those who identify as Christians, have attended church recently and strongly agree with four key theological statements—are a “stark contrast to their peers on moral issues,” according to the report.

Engaged Christian teens are more than twice as likely to say lying is wrong (77 percent) than other self-identified Christians who have attended church in the last six months (38 percent), and almost four times more likely than irreligious teens (20 percent).

Engaged teenage Christians also break from other teens when they see their beliefs in conflict with someone else’s feelings.

Two-thirds (65 percent) do not think the truthfulness of their beliefs have anything to do with whether or not those beliefs offend someone else or hurt others’ feelings.

As often believed about millennials before them, Gen Z’s are thought to be hostile to the faith. Many older Christians have wrongly feared that Christians in those generations are overwhelmingly leaving traditional morality behind.

Barna’s report says the beliefs of engaged Gen Z Christians are “more of a mainstay” and resistant to cultural influences seeking to change them. 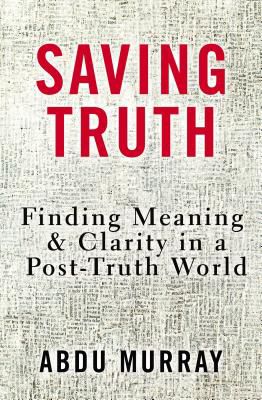 Rescuing Truth: Finding Meaning and Clarity in a Post-Truth World

Previous Post: « Small World, Big God, and a Local Church with a Global Heart
Next Post: A Simple Rubric for Biblical Wisdom »