After Hurricane Michael’s devastating landfall on the panhandle of Florida last week, cleanup has begun. Images from the region show extensive wind damage like we haven’t seen from a hurricane on the mainland of the U.S. since 2005. If you’re interested in helping, visit SendRelief.org for more information.

Andrew Brunson, a Presbyterian pastor and missionary in Turkey, returned to the United States after being released from a Turkish prison late last week. President Trump welcomed him to the White House, where Brunson thanked and prayed for Trump.

Reporter Thought to Be Murdered

After being declared missing nearly two weeks ago, Jamal Khashoggi, a Saudi journalist and columnist for The Washington Post, is suspected to have been killed in the Saudi consulate in Istanbul, Turkey. Turkish authorities have been invited to search the compound for evidence of impropriety.

Khashoggi’s disappearance has escalated tensions in the region and with the U.S. CNN is reporting that “on Sunday, Washington and Riyadh traded a series of threats, with Trump warning of the potential for ‘severe punishment’ and Saudi officials threatening to retaliate if the US imposed sanctions.”

With the midterm election looming, new research has shown that slightly more than half of pastors in the U.S. approve of President Trump’s job performance. As the election nears, it will be interesting to see if the support evangelical Christians gave Republicans in 2016 carries over to 2018.

Retired pastor Eugene Peterson entered hospice care over the weekend. On Saturday, Peterson’s son said the bestselling author of The Message and A Long Obedience in the Same Direction “will come under the care of hospice and his medical care will be primarily palliative.”

Less than five months after relieving Paige Patterson from his duties as president of the seminary, Southwestern Baptist Theological Seminary trustees meet this week to review the actions taken by the executive committee of the board just a week after the 13-hour marathon meeting that saw Patterson moved to President Emeritus.

Patterson’s subsequent dismissal from that post by the executive committee a week later drew criticism from some and praise from others. Trustees are expected to provide further explanation after their meeting this week. 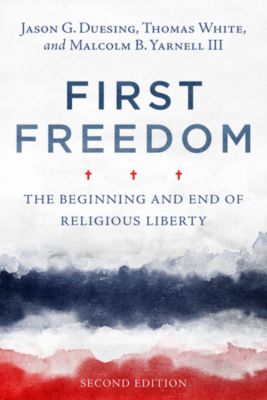 First Freedom: The Beginning and End of Religious Liberty

Previous Post: « Overcoming the Stress of Change
Next Post: One Year Later: Has #MeToo Changed the Church? »