Aslan is on the move again—this time, to streaming-entertainment giant Netflix.

Netflix announced October 3 it had finalized a multi-year deal with The C.S. Lewis Company to develop new episodic and feature-length film projects based on Lewis’ seven-volume series The Chronicles of Narnia.

“C.S. Lewis’ beloved Chronicles of Narnia stories have resonated with generations of readers around the world,” said Ted Sarandos, Netflix chief content officer. “Families have fallen in love with characters like Aslan and the entire world of Narnia, and we’re thrilled to be their home for years to come.”

Douglas Gresham, stepson of C.S. Lewis, will serve as an executive producer for the Narnia series and will be tagged as producer for feature films. Joining him in these roles will be Mark Gordon of Entertainment One (eOne) and Vincent Sieber of the C.S. Lewis Company.

While the world of Narnia has been featured in film before, Netflix notes this is the first time one company has held television and movie rights to all seven books. This gives Narnia fans hope they’ll get to see a more fully realized adaption of the book series.

Disney and Walden Media’s 2005 adaptation of The Lion the Witch and the Wardrobe was a box office hit, grossing more than $745 million worldwide. However, the two ensuing Narnia films couldn’t match the success of their predecessor, causing plans to fizzle for future book-to-movie adaptations.

More recently, rumors of a movie adaption of The Silver Chair made headlines—with Joe Johnston, director of Captain America: The First Avenger, announcing in his Twitter bio he was directing the new Narnia film.

Netflix’s announcement this week makes it unclear whether a Johnston-directed Silver Chair project will see realization.

Narnia has also seen episodic adaptions before with the BBC producing a television serial airing from 1988 to 1990 covering four of the seven books from The Chronicles of Narnia. This came after CBS aired an animated television adaptation of The Lion, The Witch, and The Wardrobe in 1979.

But since Lewis’ Narnia series was completed more than 60 years ago, no studio has ever signed movie and TV rights for all seven titles until the Netflix deal. And three of the books—The Magician’s Nephew, A Horse and His Boy, and The Last Battle—have never seen big or small screen adaptations.

“It is wonderful to know that folks from all over are looking forward to seeing more of Narnia,” Gresham said. “Advances in production and distribution technology have made it possible for us to make Narnian adventures come to life all over the world.”

The Chronicles of Narnia is one of the most recognized writings of famed Christian author C.S. Lewis. According to Netflix, the Narnia series has collectively sold more than 100 million copies and has been translated in more than 47 languages worldwide.

“Narnia is one of those rare properties that spans multiple generations and geographies,” Gordon said. “eOne and I are excited to be collaborating with The C.S. Lewis Company and Netflix who have the capacity to translate the Narnia universe into both stellar feature-length and episodic programming. We cannot wait to get started on the multiple productions we hope to undertake.”

But Lewis was reluctant to categorize his children’s book series as allegory. In a letter penned to a fifth grade class—preserved in the book, C.S Lewis’ Letters to Children—he wrote:

“You are mistaken when you think that everything in the book ‘represents’ something in the world. Things do that in The Pilgrim’s Progress but I’m not writing in that way. I did not say to myself, ‘Let us represent Jesus as He really is in our world by a Lion in Narnia.’ I said, ‘Let us suppose that there were a land like Narnia and that the Son of God, as He became a man in our world, became a Lion there, and then imagine what would happen.’”

Fans of the series will get to reengage Lewis’ imaginative challenge as Netflix breathes new life into Narnia in the coming years—resurrecting a fictional classic that, much like its messianic protagonist, refuses to show signs of aging. 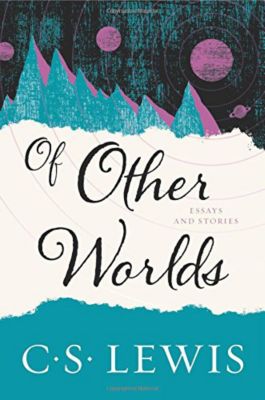 Previous Post: « 3 Pieces of Evidence That Show God Is at Work in Us
Next Post: Pastor, I Appreciate You »