Crossing of the Red Sea by Hans III Jordaens | Wikicommons

For years, archaeologists have doubted the biblical story of the nation of Israel’s origin because the account lacked material evidence—until now.

Instead of how Exodus and Joshua describe the Israelites escaping Egypt, crossing the Jordan River, and conquering the land, many contend they were already part of an indigenous population in Canaan.

A recent discovery, however, provides physical evidence to support the biblical account.

Excavations in Khirbet el-Mastarah, an area in the Jordan Valley, have unearthed numerous nomadic or semi-nomadic enclosures and structures dating back to the time of the Exodus, according to an article in Biblical Archaeology Review from Ralph Hawkins and David Ben-Shlomo.

“We have not proved that these camps are from the period of the early Israelites, but it is possible,” Ben-Shlomo, an archaeologist from Ariel University and excavation co-director, told the Express.

“If they are, this might fit the biblical story of the Israelites coming from east of the Jordan River, then crossing the Jordan and entering the hill country of Israel later.”

Shlomo said the location, isolated and hidden by surrounding hills, makes it a likely place a nomadic people would settle. The evidence also points to a “new population” entering the area.

All of this supports the biblical account of the Israelites wandering in the desert for decades before entering the land.

Hawkins and Ben-Shlomo say the alternate theory of the Israelites that contends they were already living in Canaan is based in part because archaeologists had not found any evidence for early Israelites in the east, particularly the Jordan Valley, during the Iron Age, according to Bible History Daily.

Their discoveries, however, reveal stone enclosures to house animals and pottery shards in the area, indicative of a traveling group of people settling in this area for a short time.

“By the end of our 2017 season, we were struck by the fascinating picture that had begun to emerge in the Jordan Valley, a region that up until recently has been virtually unknown archaeologically,” write Hawkins and Ben-Shlomo in Biblical Archaeology Review.

“Within a range of just a couple of miles, we may be able to see the evolution of early Israel from a domestic-scale culture to a political-scale culture.” 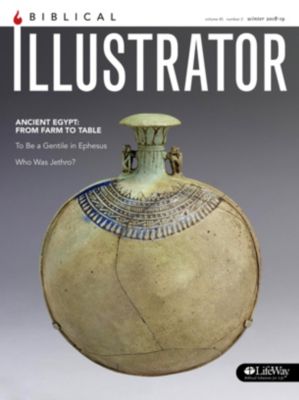 Previous Post: « Lauren Daigle Shocks Music Industry With Chart Topping Album
Next Post: Developing a Theology of Suffering: How to Lead People Through Their Pain »