By the time churches have fully embraced Facebook, many of their members and those they are trying to reach may have left it behind.

Almost three-quarters of Facebook users (74 percent) have adjusted their connection with the social media platform in some way over the past year, according to Pew Research.

That includes the 54 percent who adjusted their privacy settings, 42 percent who took a break from checking it for several weeks or more, and 26 percent who deleted the app from their phone.

Perhaps surprisingly, younger Facebook users are more likely to say they have done each of these. This is especially true for taking the app off their phone. Those aged 18 to 29 were almost four times as likely as users 65 and older (44 percent to 12 percent).

Among teenagers, Facebook is lagging behind other social media platforms.

Churches face a daunting task of trying to leverage social media to reach both insiders and outsiders.In a 2018 Pew Research survey of U.S. teens ages 13 to 17, half (51 percent) say they use Facebook, while larger numbers are on YouTube (85 percent), Instagram (72 percent), and Snapchat (69 percent).

That has fallen 20 percent in just only three years. In 2014-2015, 71 percent of teenagers said they used Facebook, the most of any other platform.

This decline has come as churches are increasingly using Facebook as part of their ministry strategy.

In 2010, LifeWay Research found only 47 percent of churches had a Facebook page. By 2017, that number had jumped to 84 percent. The same percentage of churches have a website as use Facebook.

Church leaders say their churches are using social media to inform people of upcoming events (97 percent), interact with the congregation (87 percent), and interact with outsiders (86 percent).

Multiply that across an entire congregation and churches face a daunting task of trying to leverage social media to reach both insiders and outsiders.

Here are three potential ways to do both.

LifeWay Research found only 23 percent of churches say they proactively look for new technology that may help them.

But if your church wants to reach people on social media, you’re going to have to go beyond Facebook and a church website.

It might be a baby step at a time, but add another social media platform every few months to see the reaction from members and the extent of the reach beyond your church.

Even if pastors aren’t caught up on the latest technology, chances are someone in the congregation will be.According to the research, older pastors and pastors at small churches are the least likely to try new technologies. The answer, however, may be in their pews.

Even if pastors aren’t caught up on the latest technology, chances are someone in the congregation will be.

This is a perfect way to involve young people in your church’s ministry. They know social media and can help you reach others.

You can also encourage church members to share things about the church on their own social media accounts.

Even if your church isn’t officially on several social media platforms, your people are and they can promote you there.

Even if you don’t know what type of social media your people use, you can assume they have a cell phone.

If you want to communicate with your congregation regularly and quickly, having cell phone numbers is imperative.In the most recent survey, Pew Research found 95 percent of Americans own a cell phone of some kind and 77 percent own a smartphone.

Despite those overwhelming numbers, according to LifeWay Research, only 40 percent of churches use a text message service for group texts.

If you want to communicate with your congregation regularly and quickly, having cell phone numbers is imperative.

You don’t want to bombard them with daily updates, but occasional messages informing members of upcoming service opportunities or encouraging previous guests to attend a special event could be extremely effective.

How has your church used social media (or text messages) to reach your congregation and your community? 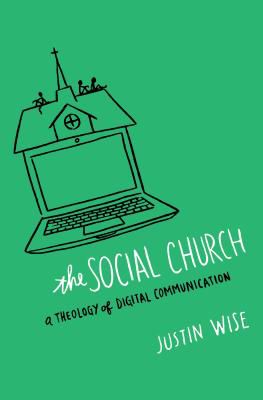 The Social Church: A Theology of Digital Communication