What makes a person ready to be married? Competing answers have emerged in our society, but which ones statistically lead to healthier, longer marriages?

Previously, people have been encouraged to marry relatively young and save sex for that lifelong commitment.

In recent decades, however, new advice began to take root. It argued you will be most ready for marriage if you delay marriage into the 30s or later, “sow wild oats” before you’re ready to settle down, find someone with whom you share “sexual chemistry,” and live together with potential spouses to determine if the relationship is ready for the marital commitment.

At the Institute for Family Studies, professor and researcher Jason Carroll analyzed data that confronts each of these points of accepted cultural wisdom.

Carroll says sociologists in the 1980s were convinced the divorce rate would drop if only people would “test drive” potential marriages with a cohabitating relationship. Thirty years of data, however, shows cohabitation has had the exact opposite effect.

“Cohabitation before marriage has historically been associated with greater odds of divorce,” writes Carroll.

“And while some of the more recent studies have shown that there may be a weakening of this association, no study to date has ever shown cohabitation to have a protective factor on divorce.”

“Sexual experimentation before marriage does nothing to get such attitudes and behaviors out of your system, rather it gets them into your system.”Despite the conventional wisdom that becoming involved with numerous sexual partners “gets it out of your system,” research confirms the opposite is actually true.

“Sexual experimentation before marriage does nothing to get such attitudes and behaviors out of your system, rather it gets them into your system,” Carroll writes.

“Dozens of studies have shown that individuals with greater patterns of sexual promiscuity and more sexual partners actually have higher, not lower chances of divorce when they marry.”

While couples may be encouraged to become sexually involved to ensure they have compatibility, studies indicate that actually harms long-term relationships.

Those who save sex for a marriage are not more likely to have marital dissatisfaction or eventually become divorced.

In fact, Carroll points to two recent studies that “support the hypothesis that sexual involvement may lead to unhealthy emotional entanglements that make ending a bad relationship difficult.”

With the help of other scholars, Carroll conducted focus groups to ask young adults their perception of marriage. They predominantly speak of marriage as “a transition of loss, rather than a transition of gain,” he says.

When thinking about marriage, twenty-somethings talk about what they will lose or what they have to give up instead of what they gain.

This idea of loss runs contrary to the numerous studies that have shown “getting married and staying married is linked to several aspects of individual health and well-being,” writes Carroll, “such as better financial status, improved physical health, enhanced mental health, and higher sexual satisfaction.” 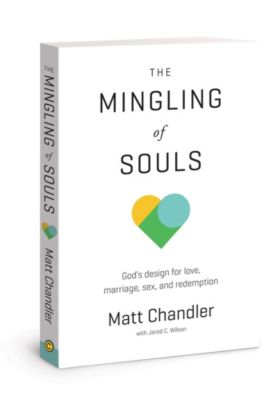 The Mingling of Souls: God’s Design for Love, Marriage, Sex, and Redemption

Previous Post: « 5 Ways to Increase Your Volunteer Base in Children’s Ministry
Next Post: Hillsong Church Splits From Denomination »