Beijing authorities have banned Zion Church, one of the largest Protestant “house” churches in the city, from meeting and confiscated material earlier this week, according to Reuters. The ban comes amid a nationwide crackdown on religious freedom.

Zion Church had operated for years with relative freedom, according the news agency. Since April, the church has faced growing pressure from authorities after rejecting requests to install surveillance cameras in the building. On Sunday evening, authorities arrived after services and sealed off church properties.

“The Beijing Chaoyang district civil affairs bureau said that by organizing events without registering, the church was breaking rules forbidding mass gatherings and were now ‘legally banned’ and its ‘illegal promotional material’ had been confiscated,” reports Reuters.

“I fear that there is no way for us to resolve this issue with the authorities,” Zion’s Pastor Jin Mingri told Reuters.

Bob Fu of ChinaAid says he believes Beijing’s ban of Zion Church is “part of a larger crackdown on Christianity across China.”

China’s crackdown of religious freedom has included the shuttering of churches, burning Bibles, destroying crosses, and coercing millions of Christians and other religious minorities to renounce their beliefs.

“The international community should be alarmed and outraged at this blatant violation of freedom of religion and belief,” Fu said in a statement.

Pastor Wang Yi of Early Rain Covenant Church in Chengdu, Sichuan Province, said the “government has no authority to direct or examine religious groups and religious activities in their doctrinal teaching and governing” or “to limit citizens’ religious activity to the time and location it decides.”

Chinese law requires religious believers to worship only in congregations registered with the authorities, but millions of Christ followers belong to underground or house churches.

“Churches will continue to develop. Blocking the sites will only intensify conflicts,” Zion pastor Jin told The Associated Press.

Despite increased persecution, Christianity continues to grow in China. According to projections from the Center for the Study of Global Christianity, by 2020, China will have around 148 million Christians. 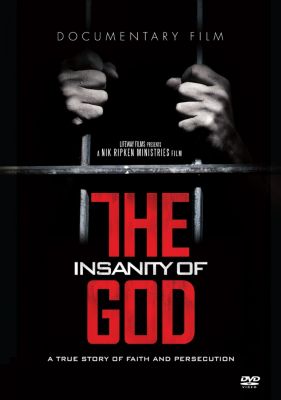 The Insanity of God DVD

How does faith survive, let alone flourish in places of the world overcome with the darkness of sin, despair, and hopelessness?

Previous Post: « Stop Tweeting Only Bible Verses
Next Post: 3 Things to Remember When You Fight the Good Fight »