Throughout the Bible, God’s people are encouraged to live generously. But what do most Christians really believe when it comes to sharing their time and resources?

A recent report from Barna illustrates the beliefs of pastors and churchgoers on volunteering and financial giving. According to the report, these two groups have some differing beliefs about what it means to be generous.

Many churchgoers seem to see volunteering and financial giving as interchangeable acts. Almost half (47 percent) said it’s OK for church members to volunteer for their church instead of giving financially, according to Barna’s report.

If you ask a pastor, however, you might get a different answer. Only 9 percent of pastors said it’s OK for members to volunteer for the church instead of giving a tithe or an offering, while 85 percent said they either somewhat or strongly disagree.

Barna suggests that what comes from the pulpit on Sunday morning may contribute to church member’s beliefs about generosity. Their research found that 62 percent of pastors or church leaders speak from the pulpit about volunteering at least once a month, while 39 percent speak about financial generosity on a monthly basis.

The LifeWay Research study also found that while most Protestant churchgoers say the Bible commands them to give, they may have differing views about what it means to tithe — or exactly how much they should tithe.

“If pastors’ own messages seem to prioritize acts of service over financial giving, it’s not too surprising that people in their pews highly value volunteer hours, even as an appropriate substitute for a monetary gift,” Barna says.

To bridge this gap, Barna suggests that pastors focus on the importance of both forms of generosity in their sermons.

“Whether or not pastors think the two are interchangeable, they would do well to focus on both forms of generosity, as data highlights a strong link between serving and financial giving,” according to Barna’s analysis.

However, those who are giving the most may already see the importance of both volunteering and financial giving.

Barna points to a particular finding that shows those who give the most financially are also the most likely to say they’ve volunteered in the past week or month. This is the same for Christians who consider generosity extremely important, the study notes.

“In other words, Christians prone to participate in one type of giving aren’t looking to get a pass on the other,” Barna’s analysis says. “Whether giving of money or of time, generous Christians are simply generous.”

Somewhat similarly, the LifeWay Research study found those who attend church more frequently are also more likely to give financially.

Among those who attend services at least once a week, more than half (57 percent) tithe, according to LifeWay Research. However, those who attend church only once or twice a month tithe almost half as much (28 percent).

“The more churchgoers attend services, the more likely they are to tithe,” noted a Facts & Trends article announcing the findings.

Volunteering as an Act of Generosity

Those who’ve volunteered recently are also more likely to see volunteering as a generous act, according to Barna.

Taking care of the sick (67 percent), volunteering for an organization (52 percent), and signing up to be an organ donor (30 percent) were among the most popular responses to this question — meaning respondents saw these activities as being the most generous.

Those were followed by: 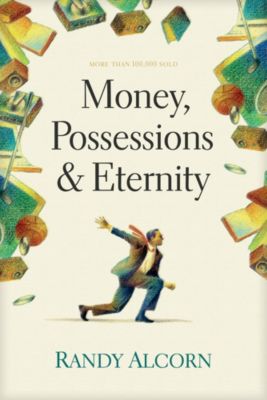