When many Americans need a spiritual boost, they head to church.

Or look to the mountains.

Or pick up some crystals.

Four in 10 Americans (42 percent) believe spiritual powers rest in physical objects like mountains, trees, and crystals, according to a new study of American religion from Pew Research.

While the nation has become more secular, according to Pew’s report, it’s also filled with spiritual beliefs that fall outside of traditional faith. And the number of Americans who accept New Age beliefs include the highly religious and skeptics alike.

“New Age beliefs are common, even among Americans who are highly religious in traditional ways,” according to Pew’s report.

A different angle on faith

Many reports from Pew and other religion researchers sort Americans into categories like Catholics, evangelicals, mainline Protestants, Jews, and other groups.

For this report, Pew tried a new method. They asked 4,729 Americans—who are part of a representative online panel—a series of questions about their religious beliefs and practice: what they believe about heaven, hell, God, and spirituality; how often they pray, attend services or read the Bible; and how important religion is in their life and where they find meaning.

Then Pew sorted those who responded into seven categories. Each group has its own spin on what faith and religion are like, according to Pew.

Overall, about 4 in 10 Americans (39 percent) qualify as “highly religious” according to Pew. They include:

About a third of Americans (32 percent) are classified as “somewhat religious.” They say religion is important to them, but they don’t practice in traditional ways or attend services. And they have a wide variety of beliefs.

Three in 10 Americans (29 percent) are not religious. They don’t see much good in religion but may be open to belief in a higher power.

Along with their distinct take on religion—several of the groups have very strong views on politics and have different demographics.

For example, the majority of Sunday Stalwarts and God-and-Country Believers are Protestant—and evangelicals are the largest single tradition in both groups. The Diversely Devout category has “fewer Protestants and more unaffiliated people, often called nones,” according to Pew.

“Race, ethnicity, age, education, and political opinions were not among the characteristics used to create the groups,” according to the report. “Yet some of the groups have strong partisan leanings or distinctive demographic profiles, illuminating the intrinsic connections between religion, race, and politics in America.”

Sunday Stalwarts—about 1 in 5 Americans—are the only group where most people attend services weekly (82 percent). They also pray daily, (84 percent), participate in church groups (100 percent), and believe in the God of the Bible (94 percent). They find great meaning in their faith (87 percent) and believe organized religion does more good than harm.

Half (54 percent) say the Bible is the Word of God. Sixty-two percent say you have to believe in God to be a moral person. About three in 10 (29 percent) say physical things can have spiritual power.

The other six groups steer clear of religious services. Twenty-nine percent of God-and Country-Believers show up in church weekly.

Less than 5 percent of either somewhat religious or non-religious Americans link belief in God with morality.

Almost all of the Devoutly Diverse, Spiritually Awake, and Religious Resisters say that physical objects can have spiritual power. Those groups are also most likely to believe in psychics, reincarnation, and astrology.

The Diversely Devout (26 percent) are most likely to find a great deal of meaning in watching television. The Solidly Secular (8 percent) are least likely.

“Pew Research Center’s religious typology is not meant to replace conventional religious affiliations, but rather to offer a new and complementary lens with which to glean new insights into religion and public life in the U.S.,” said Pew in announcing the report.

Along with the report, Pew also released an online quiz, where Americans can find out which group they fit into. 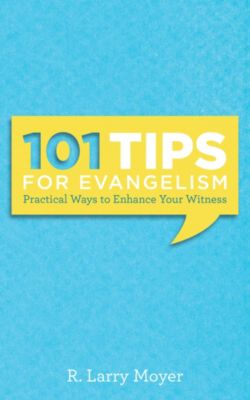 101 Tips for Evangelism: Practical Ways to Enhance Your Witness

Previous Post: « 3 Barriers Keeping the Disabled from Church
Next Post: 3 Ways to Enjoy Football to the Glory of God »