One of the largest faith categories in the United States is the so-called “nones”—people who claim no particular religious identity.

About 1 in 4 Americans fits that category, according to Pew Research.

Many of these unaffiliated Americans believe in God. But they have a lot of questions about the details of religious belief. And more than a few are turned off when politics and religion meet.

In a newly released study, Pew asked unaffiliated Americans why they don’t identify with a specific faith or religious group.

Not all nones are alike

For their study, Pew divided the nones into three groups: atheist, agnostic, and “nothing in particular.”  The three groups are distinct, says Pew’s report.

“For example, about nine-in-ten self-described atheists (89 percent) say their lack of belief in God is a very important reason for their religious identity, compared with 37 percent of agnostics and 21 percent of those in the ‘nothing in particular’ category,” according to Pew’s report.

“Atheists also are more likely than other ‘nones’ to say religion is simply ‘irrelevant to them (63 percent of atheists vs. 40 percent of agnostics and 26 percent of adults with no particular religion).”

About half of all three groups say they disagree with positions taken by churches on social and political issues. More atheists (49 percent) and agnostics (51 percent) dislike religious organizations than those who are “nothing in particular.”

Atheists (37 percent) and agnostics (42 percent) also dislike religious leaders more than those who are “nothing in particular.”

Pew also asked what is the single most important reason people have no religious identity. For atheists, disbelief is most important. Seventy-five percent say not believing in God is the primary reason they are unaffiliated.

For agnostics, doubt plays a bigger role. Thirty-eight percent say questioning religious teaching is the primary reason they are unaffiliated.

For those who are nothing in particular, things are more complicated, says Pew. No single reason rises to the top for why they are unaffiliated.

“A quarter say the most important reason is that they question a lot of religious teachings, 21 percent say they dislike the positions churches take on social and political issues, and 28 percent say none of the reasons offered are very important,” according to Pew’s report.

Earlier this month, Pew reported on the reasons why some Americans go to church and others don’t. Many of those who attend religious services are looking to get close to God, provide a moral foundation for their kids, to become a better person, or to find comfort in times of trouble.

Less than a third who never attend services do so because they don’t believe in God. Others say they find other ways to practice their faith, have issues with how services are conducted, haven’t found a church they like, don’t like the sermons, or don’t feel welcome.

Daniel Burke, religion editor for CNN, wonders if there’s something for churches to learn from those poll results. Some people might need a ride—or a smiling face to greet them—to make it to church.

Pew’s data “suggests that there is an under-served group of believers who seem like they’d actually like to go to religious services,” wrote Burke, “if only someone could help get them there and welcome them when they arrive.” 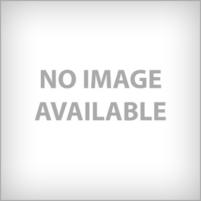 The Rise of the Nones: Understanding and Reaching the Religiously Unaffiliated

Previous Post: « 4 Dangers Facing Pastors
Next Post: Parents Want to Pass On Faith, But Few Talk About It »