Real dangers were lurking among the crowds Jesus was feeding, healing, and teaching. These same dangers still exist in the congregations we serve today. Some are more obvious than others, so I’d like to point out a few.

A pastor needs protection from FANS

Pastors can relate to the fact the crowds who followed Jesus often asked more from him than was reasonable. Immediately after Jesus fed the 5,000, that crowd tried to “take him by force to make him king. He withdrew again to the mountain by himself” (‭‭John‬ ‭6:15).

They even followed him to the other side of the lake for more of that miraculous food! By the end of that same chapter, Jesus’ teachings got so tough that “many of his disciples turned back and no longer accompanied him” (John‬ ‭6:66‬).

Fans are fickle. Friends are faithful.

Fans will walk out on you as friends are walking in to help you.

Fans chase their pastor down in stores and restaurants and linger indefinitely after church. They text their pastor at any time, and for any reason.

Pastors don’t need fans; they need friends. Ask your spouse to help you know the difference if you are not sure. God gave them discernment about people that can help protect you.

A pastor needs protection from CRITICS

As Jesus was teaching at the Temple, his sermon was abruptly interrupted by a lynch mob of critics wanting to stone a guilty church member. They set her up to bring Jesus down (John 8:6).

Does it surprise you someone was about to be executed in church? It shouldn’t, because people still get stoned at church for various reasons. Stones can look like anonymous letters, group emails, sniper Tweets, or Facebook comments.

Critics will use both passive and aggressive stones. An aggressive stone looks like an open hallway tackle on the way to worship. A passive stone may be a veiled prayer request. Church critics see themselves as the pastor-police who are protecting the church, but they are nothing less than schoolyard bullies.

I recently shared the Gospel with my Uber driver, who was disillusioned with the Church because of the way his childhood church treated his adulterous mother. Even as he drove me to a church to preach, I wondered if he imagined stone throwers just inside the doors.

Some church members will make their current pastor pay for something a former pastor did. Ask your leaders to stand up for you the next time someone picks up a stone at church.

A pastor needs protection from SATAN

When I preach in my Nashville church, one of the first greetings I receive is from a security team member who says, “I’ve got you today.” That team has someone dedicated to watching out for me for the entire morning. They follow me everywhere, not just into the worship services.

The devil is a terrorist who targets pastors. Ask your deacons or elders to pray for you before every service because you are on the front lines of a fierce spiritual battle. Recruit intercessors to prayerfully protect you against “the flaming arrows of the evil one,” as Paul did in Ephesians 6.

A pastor needs protection from HIMSELF

Jesus did not excuse this adulterer’s sin; he released her from it. Jesus covered her disgrace with his grace, but I’m curious as to where the dude in this adulterous relationship was? Leviticus 20:10 says both should die.

Pastors don’t get a pass on secret or public sins. Instead of playing the victim, we need to guard our hearts by surrounding ourselves with trusted leaders who love us enough to protect us from ourselves. The pastor in the mirror is much more dangerous than his fans, critics, and even the devil.

Pastors don’t need to serve in fear. However, we do need to protect ourselves from all of the dangerous threats to our lives, families, and ministries. 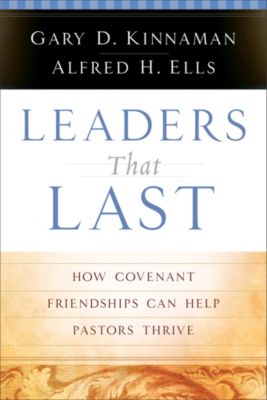 Leaders That Last: How Covenant Friendships Can Help Pastors Thrive