The AP reports local governments, under encouragement from Xi, have shut down hundreds of Christian house churches.

Despite the fact the Communist country is purportedly the largest publisher of Bibles in the world, it recently blocked online Bible purchases for its residents.

“Chinese leaders have always been suspicious of the political challenge or threat that Christianity poses to the Communist regime,” Xi Lian, a scholar of Christianity in China at Duke University, told AP.

“Under Xi, this fear of Western infiltration has intensified and gained a prominence that we haven’t seen for a long time.”

Police officers have stormed homes and churches, ordering Christians to replace symbols of their faith with portraits of Xi.

Qi Yan, a local communist party member who was part of the thought reform efforts in one rural town, said the residents “voluntarily” changed the pictures in their home from Jesus to Xi.

“The move is aimed at Christian families in poverty,” the official told the AP, “and we educated them to believe in science and not in superstition, making them believe in the party.”

Willy Lam, a Chinese policy expert at the Chinese University of Hong Kong, told the AP that Xi was anxious to implement this type of pressure.

“He definitely does not want people to be faithful members of the church, because then people would profess allegiance to the church rather than to the party, or more exactly, to Xi himself.”

Despite increased persecution, however, Christianity is projected to continue experiencing explosive growth in China.

According to projections from the Center for the Study of Global Christianity, by 2020, China will have around 148 million Christians—or as many as Germany, Italy, and the United Kingdom combined.

This continued growth in the face of persecution may be why China is strengthening its control of what’s available to its citizens online through its so-called “Great Firewall.”

Google is testing a censored version of its mobile app that could soon be available to users in China, according to multiple reports.

The secret project codenamed Dragonfly has been underway since spring 2017 and once launched “will blacklist websites and search terms about human rights, democracy, religion, and peaceful protests,” according to The Intercept.

This would be a reversal for Google who pulled out of China in 2010 after what the search engine called “sophisticated cyber attacks originating from China.”

At that time, Google said they were troubled by the attempts by the Chinese government to further limit free speech and “could no longer continue censoring our results.”

Yet, documents obtained by The Intercept say the app will automatically identify and filter websites blocked by China.

If a search term brings up a banned website a disclaimer will read that “some results may have been removed due to statutory requirements.”

Other words or phrases will be completely blocked so that “no results will be shown.”

“It will be a dark day for internet freedom if Google has acquiesced to China’s extreme censorship rules to gain market access,” said Patrick Coon, a China researcher at Amnesty International.

“It is impossible to see how such a move is compatible with Google’s ‘Do the right thing’ motto, and we are calling on the company to change course.” 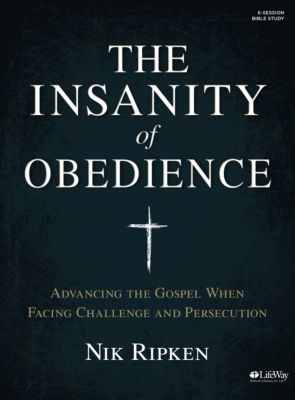 The Insanity of obedience: Advancing the Gospel When Facing Challenge and Persecution

Previous Post: « 9 Tips to Help Kids Have Daily Devotions
Next Post: Preparing Your Church for a New School Year »