The book of Esther is a fascinating testimony of God’s sovereignty.

In the midst of the pagan, Persian kingdom, God ordained Esther’s rise to queen. God acted sovereignly for the protection of His people in spite of immorality, false religion, and a wicked king.

When reading Esther, we should not glamorize her ascent to queen or sanitize the brutality and hate evident in the story. Haman, like other anti-Semites, hated not only Mordecai, the Jew, but also the entire Jewish people. It was his hate fueling his ambitions and wickedness.

On the other hand, Esther and Mordecai were fueled by humility and a desire to protect their people. When we contrast the characters in the story, we discover some important leadership reminders.

Good leaders are not afraid to do the hard things while poor leaders avoid hard decisions.

In chapter 1, the king dismissed his first wife, Vashti, because she would not obey him. The king’s response was easy and dismissive. In contrast, Mordecai adopted his niece Esther and raised her as his own.

Leadership requires hard work and hard decisions. Pastoral leadership is hard work. Avoiding hard decisions such as firing someone who has warranted it, confronting sinful behavior, or leading a church to reorganize around its biblical mission are certain ways to damage the church.

Good leaders serve others while poor leaders pursue the applause of others.

Mordecai, a Jewish refugee, found himself in the service of a pagan king. He served well, discovering a plot against the king’s life and providing information that would rescue the king from assassination. Mordecai sought no recognition.

In contrast, Haman was elevated to a position of leadership and was angered Mordecai would not bow to him. Positions of leadership offer visibility. But good leaders do not make visibility or adulation their goal. Rather, they serve for the benefit of others.

Pastoral leadership is about service, not adulation. One of the enemy’s most subtle and successful tactics to destroy pastors is to get them to pursue adulation rather than service. Pastors must lead by serving rather than lead to be seen.

Haman plotted the Jews’ destruction and shared his manipulative plan with the king. His compulsive wickedness was on full display. But we must not overlook the king’s complicity.

Ahasuerus was obtuse to Haman’s plan allowing Haman to use the king’s authority to plot the Jews’ destruction. In contrast, good leaders search out the truth (see Mordecai’s conversation with Esther about the plot) and react patiently.

Rather than being reactionary, Esther, Mordecai, and the Jews of the capital fasted and prayed until it was time for Esther to act. Pastoral leadership that is reactionary and compulsive damages the church while patient leadership benefits the church.

Let me offer an anecdote that illustrates this reminder. I heard about a pastor from a rural church who went to a church growth conference several years ago. The Sunday he returned from the conference he removed the pulpit from the traditional Baptist church he pastored and wore a Hawaiian shirt rather than a suit and tie.

He was both reactionary and compulsive. This pastor wrongly thought that church growth was tied to image, not evangelism. Not surprisingly, the pastor’s ministry lasted only a few months after this event.

When we lead from the wisdom and instruction of God’s Word, we have the opportunity to lead well. Pastors, be grateful the advance of the church depends on God’s sovereignty and the power of the gospel.

But know that the quality of your leadership will either hinder or support the advance of the gospel through your church and ministry. Your leadership matters.

CHRIS HEFNER (@chrishefner) is the husband to a beautiful wife and fantastic mommy, Jean Hefner, daddy of two little boys, William and Nathan, and senior pastor at Wilkesboro Baptist Church. He is also professor of Western Civilization and Apologetics at Fruitland Baptist Bible College and Ph.D. graduate from the Billy Graham School of The Southern Baptist Theological Seminary. 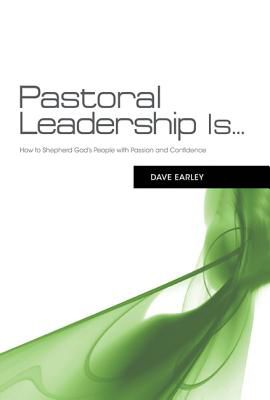