In the 11 years Brent and I have been married, we’ve lived in 3 states, 4 cities, and 7 houses/apartments. Even I can’t believe those numbers.

Some people have compared life in ministry with military life for the similarly high number of moves pastors and veterans make throughout their career. I’m not sure where we measure up in terms of the norm, but I tend to think we’re on the high side.

I admit I never saw this coming. Like most young brides, I envisioned settling down somewhere we loved and thrived in ministry.

Packing and unpacking boxes, especially with little ones is never ideal. But God is always working for His glory and our good, even when life is messy, inconvenient or unpredictable.

I’d like to share with you a few lessons I’ve had the benefit of learning by moving so many times in ministry.

Moving so many times has expanded my viewpoint of the world and the people in it. For most of us, we see things in black or white. Things are either good or bad. They’re right or wrong.

But if we expose ourselves to many aspects of an issue, we’ll begin to see reality is much more complex. People with problems need more grace than we were at first willing to give. Issues are multi-faceted instead of one-sided as we thought before.

Moving often has allowed me to gain this broader perspective. It’s ironically refreshing to realize there are many right answers where I previously thought there was one.

It’s freeing to see that I don’t have all the answers. It’s a big world, and I can learn from it. I wouldn’t have gained this perspective had my world not grown by relocating often.

Oh guys, He has been faithful. When we first started out, we left a church in a heartbreaking situation with 3 months worth of finances to our name, and friends, He provided another job the very week those 3 months ended. He is faithful.

Brent and I almost laugh now when finances seem tight because we don’t hesitate to trust His faithful provision!

He’s also been faithful to provide friends. One might think isolation would be innate to being a newcomer so often, but not so. He has graciously given real friends in every city we’ve lived, many with whom I maintain contact today. Moving so often has forced us to lean in and trust Him to come through.

As I look back over the last 11 years of marriage and ministry, I’m amazed at His hand on our lives. Moves that might appear random or perhaps even botched, the Father has used as instruments to make us into who we are.

A master weaver at the loom. A skilled potter at the wheel. Our lives look frayed or messy on the surface, but underneath, He is transforming us into something beautiful, transforming our hearts to beat more in accordance with Himself.

The Father has wasted nothing on us.

The fears of starting over are replaced with a spirit of adventure and trust. The dread of packing boxes becomes enjoyment of finding a new house. The anxiety of another transition for the kids becomes an opportunity for them to see His faithfulness.

Would I have planned to live in 3 states, 4 cities and 7 houses/apartments in my 11 years of marriage? No. But I wouldn’t trade the lessons that have been gained by these many moves.

COURTNEY MOORE (@court_lm) is a graduate of Southern Seminary and a pastor’s wife to Brent who serves at Pinelake Church in Jackson, Mississippi. She is a contract writer and has written content for several publications as well as for Pinelake. In April 2018, she founded Women & Work: Stepping into Kingdom Productivity. She and Brent have 3 children, Jude, Luke, and Shiloh. 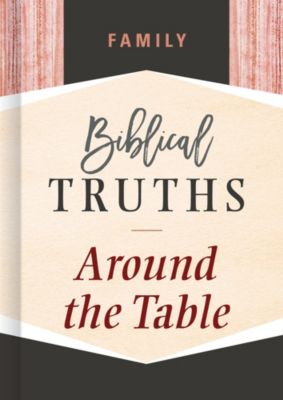 FAMILY: Biblical Truths Around the Table

Previous Post: « Why Americans Go to Church—And Why They Don’t
Next Post: Is Your Church Engaging Families With Special Needs? »