By Karen Swallow Prior

Remember Emily Post? Her famous rules of etiquette served generations of people needing to know the right way to set a table, proper decorum for houseguests, or the correct titles to use in an invitation.

Alas, there is no Emily Post for social media. Those of us who are non-digital natives and find ourselves immersed in this new social media frontier are thus left to figure out for ourselves the rules of conduct, best manners, and infinite varieties of faux pas to avoid.

I’m no expert on social media (or etiquette), but as a heavy user for years, I’ve observed countless examples of good manners and bad—from both others and myself. Over time, I have begun to develop some of my own rules of conduct and principles of politeness.

Please note that I know little to nothing about the technical side of social media or the tips and strategies that marketing experts suggest as ways to maximize “platform” and “exposure.”

I’m just a person who loves ideas and dialogue—the things that are most human about social media—and who wants to see Christians do more to make social media more human and more Christian.

These aren’t hard and fast rules, and I’m sure I’ve failed to adhere to them myself at some point. Nevertheless, they are, I suggest, good principles to follow and to deviate from only for good reason and deliberate intent.

For the Christian, even more principles must come into play because believers have an even higher standard to meet beyond basic human decency. This standard should be foremost in engaging with others on social media.

So first, here are nine manners for social media—five general and four specifically for Christians—that might make the internet a more human—and humane—experience.

1. Treat people on social media like actual people. Because they are.

All the subsequent guidelines follow from this one. In many ways, social media is like a dinner party. When it’s not, it’s usually because people don’t treat others the way they would if those others were standing next to them in the same room. Our interactions on social media should be no different than they would be in person.

At a large social gathering, people mix and mingle. Chatting with strangers is not only allowed but also welcome. Yet even in a large gathering, one doesn’t enter into a circle of people, shout something obnoxious, and then dart out the nearest door.

If you choose to break into an ongoing conversation (which is certainly encouraged at parties and on social media), begin courteously and end courteously. Don’t tweet and run.

Of course, even the pleasantest parties can attract rude guests. Sometimes the politest way to deal with a boor is to ignore him and steer the conversation elsewhere with other guests. The same is true on social media. Don’t, as the saying goes, feed the trolls. It only encourages their boorishness.

Speaking of boorishness, don’t say anything on social media or say anything in any other way than you would face-to-face.

On the other hand, some of the most obnoxious interactions I’ve had on Twitter are with those who list “pastor” on their bios. I find it hard to believe that they behave the same way among their flock as they do with strangers on the internet. This should not be.

No one likes a fake in real life or on social media. So, if you come to the social media party wearing a mask (with an anonymous account), don’t expect to be taken seriously.

Likewise, don’t take anonymous accounts seriously. Unless they are light-hearted or good-natured accounts (and there are plenty of those), you probably should not even respond to them. Most anonymous accounts are the digital equivalent of men in white hoods, and any response only fuels their fire.

What I serve is an eclectic variety of news stories, art, poetry, snark, and lively interaction (because that reflects who I really am). What you serve should reflect your own interests and personality. This will attract people with an affinity for your interests.

What you serve may develop into a platform, but gaining a certain number of people who follow you but who aren’t interested in or engaged with what you serve is no use to anyone.

This also means that you shouldn’t treat accounts as platform builders and manipulate them by following someone only in hopes that the person will follow you back.

Even more importantly, don’t follow a bunch of people to get a bunch of followers and then drop most of them in order to achieve a follower/following ratio that you think will make you look more popular. This is shallow and rude.

By all means, share things you’ve written or thoughts you have, but be generous enough to share the ideas, thoughts, and accomplishments of others far more than your own.

4. Talk to people, not at or about them.

Instead, reply to the person’s tweet. Politely. Your reply will show up in your followers’ feeds just as your own tweets do. The only thing the quote tweet does is add a level of grandstanding that is usually unnecessary and unbecoming.

In the same vein, keep in mind that tweets, posts, and comments function more like verbal speech than published works. The internet is an ephemeral place in both its form and its content. It’s a place where most people try out ideas that are in process, where feedback shapes that thought in return.

Don’t treat every tweet by a well-known pastor or leader as though it’s carved in stone (or even published in a book) because it’s not. (For more on this idea, read this fascinating article.)

5. Don’t exist in an echo chamber.

Don’t follow or interact only with people who think as you do. Likewise, when responding to others, unless you know the person, do not assume that they hold the same religious or political views you do. Many of us on social media are engaging with friends and family members with whom we don’t agree.

Well-meaning people who jump in to the conversation to make Jesus-y remarks that make no sense to those outside the community of faith can do real damage to carefully cultivated or even tense relationships that you know nothing about.

The neat thing about reading and engaging with people whose politics, theology, education, and interests differ from your own is that you can learn a little—and so can they.

6. Be mindful of the fact that believers will give an account to God for every idle word.

The Bible tells us this in Matthew 12:36. Social media beckons our idle words every hour of every day. This may be the most pervasive temptation of our age.

We must recognize this temptation for what it is and counter it with intentional stewardship of every word—not to mention minute that we spend online that we might be spending elsewhere or with other people.

7. Be known more for what you are for than what (or who) you are against.

There is a time to point out error. But even more effective than pointing out error is proclaiming—or better yet—modeling truth.

If you’ve spent more than three minutes on social media, you have likely seen the cottage industry some Christians have created in making a name for themselves (or even a profit) not by advancing the truth of the gospel but by scoring points by showing how someone else may have gotten it wrong.

It’s much easier, of course, to rant and rail against the errors of others than it is to declare and demonstrate truth. But Scripture calls us to model right teaching and thinking as much as—if not more than—pointing out error.

Even on social media, our thoughts and words should dwell on whatever is true, noble, right, pure, lovely, admirable, excellent, and praiseworthy (Philippians 4:8).

8. “Do nothing out of selfish ambition or vain conceit. Rather, in humility value others above yourselves” (Philippians 2:3).

Even the right messages can be shared for the wrong reasons. Christians will be held to account for this as well.

The world is watching, too. And there is likely nothing more representative of the spirit of Christ in this narcissistic world than a genuine spirit of humility. Sadly, this spirit is too rare on social media, even among Christians.

9. Finally, be sure that the fruit of the Spirit is identifiable and manifest in your social media interactions.

If this fruit is not visible in your interactions, then it is time to step away until time with the Lord and in the Word makes the fruit of the Spirit evident once again: love, joy, peace, forbearance, kindness, goodness, faithfulness, gentleness and self-control (Galatians 5:22-23).

KAREN SWALLOW PRIOR (@KSPrior) is a professor at Southeastern Baptist Theological Seminary and author of numerous books, including On Reading Well: Finding the Good Life Through Great Books. 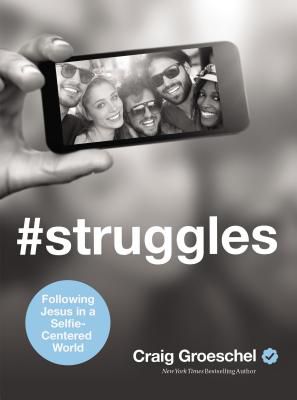 Previous Post: « On the Horizon: July 16, 2018
Next Post: Episcopal Church Approves Same-Sex Marriage in All Its Dioceses »