Did Jesus break the law? That question might be more complicated than you think. And the answer can have a significant impact on the way we live as Christians.

Recently, Paula White, pastor of Destiny Christian Center in Apopka, Florida, told CBN that if Jesus “had broken the law then He would be sinful and He would not have been our Messiah.”

But is that the case? Did Jesus break the law? And if He did, would that have made Him sinful?

Was Jesus a lawbreaker?

Much of it depends on what we mean by “law.” Quite frequently and openly, Jesus broke traditional Jewish interpretation in His day of the religious laws.

They accused Him of breaking laws concerning the Sabbath on multiple occasions, but Jesus didn’t actually break an Old Testament command. He violated the interpretations religious leaders had developed around the biblical commands of keeping the Sabbath day holy.

Breaking the Jewish law would have been a sin and Scripture repeatedly affirms that Jesus was sinless (2 Corinthians 5:21, 1 Peter 2:22, Hebrews 4:15). James 2:10 says whoever stumbles at one point of the law is guilty of breaking it all, which means Jesus did not break any Old Testament laws.

But what about Roman laws? The Roman government was the one that actually carried out His execution. Did Jesus break any civil laws of His day? In Luke 23:2, the Jewish leaders bring Jesus to Pilate and accuse Him of three crimes: misleading the nation, opposing paying taxes to Caesar, and saying He is the Messiah, a king. The CSB Study Bible calls those claims “fabrications.”

When Pilate examines Jesus’ case, he declares Jesus innocent and repeatedly tells the Jewish leaders so. Pilate directly rejects their charge in Luke 23:14, when he says, “You have brought me this man as one who misleads people. But in fact, after examining him in your presence, I have found no grounds to charge this man with those things you accuse him of.”

Later, early Christians would violate Roman law when they declared Jesus, and not Caesar, was Lord. But during this time, the Romans allowed the Jews to worship as they pleased. Jesus, as the fulfillment of the Jewish religion, would not have violated the law since it granted permission to worship God.

So the case can be made that Jesus did not break any religious or civil laws during His life, despite being judged as a lawbreaker by the religious leaders and sentenced to die as a criminal by the governmental leaders.

But that still leaves the question: Would breaking a law have meant Jesus committed a sin?

Is breaking the law always sinful?

Scripture gives a nuanced picture of government. And it presents Christians with a challenge to keep governments in their proper role.

Jesus refuses to condemn Roman taxation and says people have a responsibility to give to Caesar what belongs to Caesar (Matthew 22:5-22).

Both Peter and Paul refer to the government as a legitimate authority in the lives of Christians. Romans 13:1-7, which has generated discussion of late, and 1 Peter 2:13-17 say the government has a God-given authority to punish those who break the law and are due honor and respect from the Christian.

Yet Christians above all people should recognize the government is not infallible, as it is made up of fallible humans and has made significant mistakes in the past. In fact, Christians worship One who was unjustly put to death by the government.

In the CSB Worldview Study Bible, David Weeks writes, “Every civic institution, social structure, and economic system will be exploited by those tainted by iniquity.” He says the challenge for Christians is “empowering the government to do what they are capable of doing—preserving order and securing justice—while restraining them from doing what they cannot do well or should not do at all.”

When Peter and the other apostles are brought before the Sanhedrin and commanded to stop speaking the name of Jesus, they respond in Acts 5:29, “We must obey God rather than human beings!”

In the Old Testament, Daniel and his friends are directly challenged with following God’s laws or the commands of the Babylon government. They politely, but firmly, rebel against the unjust laws and choose God over the government.

There can be no doubt that if Jesus were placed in a situation where He had to choose between obeying the laws of a nation and the commands of God, He would follow His Father, break the law, and remain completely sinless.

Weeks asserts that Christians are called to “embrace a higher law tradition.” The moral law, which God has placed on our hearts, should play a role in Christians’ urging nations to live up to that higher standard when they fail to do so.

“The wise leader and the faithful citizen seek both the common good and the greatest good while keeping in mind human depravity, the vagaries of life, and the complexity of the human heart,” Weeks writes.

“They must also recognize that while civil society is indispensable, no political panacea will save the world. There is no final political solution; there is only God’s redemption in Christ.” 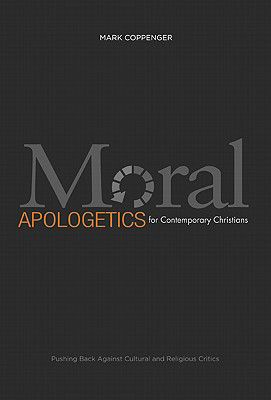 Previous Post: « 5 Leadership Lessons I Learned Playing Settlers of Catan
Next Post: Maryland Congregation Can’t Go to Church in its Own Building »