The successful rescue of the young soccer team that had been trapped in a flooded Thailand cave involved military personnel, diving teams, and a group of Buddhist monks.

The monks sought to provide comfort for the boys’ relatives while holding vigil at the mouth of the cave—singing songs and offering prayers for the team’s deliverance.

Today, the world celebrates the rescue of all 12 boys and the team’s assistant coach, Ekkapol Chantawong, a Buddhist temple hand who had trained to be a monk. Chantawong, who led the boys into the cave, is also credited with helping them stay alive by teaching them to conserve energy through Buddhist meditation practices.

Such accounts of meditation and prayer vigils associated with the cave rescue may have Christians wondering about the religious landscape of Thailand. As Christians thank God for the physical deliverance of the trapped boys and their coach, here’s what Christ followers need to know about the spiritual state of many who live in Thailand.

So what do Buddhists, who make up a sweeping percentage of the Thai population, believe? Here are some of the foundational principles of the religion.

A Picture of Deliverance

One of the most significant differences between Buddhism and Christianity is what each religion teaches is wrong with the world. For Buddhists, mankind’s ultimate problem is suffering brought on by desire. Christians acknowledge the problem of suffering but see it as a result of sin.

While Buddhists attempt to escape suffering by earning sufficient merit, Christians trust in someone outside of themselves, Jesus, for salvation.

In this way, the gripping rescue story in Thailand in which 13 helpless people relied on others to save them can provide a gospel picture for Christian missionaries in Thailand to reference.

Like humans imprisoned in sin, the Thai boys trapped in the cave were utterly incapable of saving themselves. Led astray and hemmed in by their own actions, they were totally dependent on someone else entering their perilous situation to deliver them—much as Christ needed to enter into humanity to save sinners (Philippians 2:6-8).

But in addition to lifting up these important needs, Christians can also use this rescue as a reminder to pray for Buddhists in Thailand—that they might be captivated by the good news of an even greater salvation story. 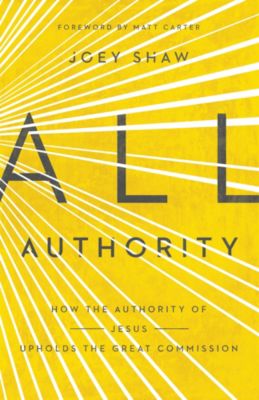 All Authority: How the Authority of Christ Upholds the Great Commission