Students of Scripture know that King Saul was a tall man and that David had a ruddy appearance. Outside of sparse physical descriptions like these found in the Bible, much about the appearance of biblical figures is left to the reader’s imagination.

But thanks to a new archaeological find at the site of Tel Abel Beth Maacah in Israel, people may now get to look into the face of one of the Bible’s kings.

A sculpted head measuring 2.2 by 2 inches and thought to be from the 9th century B.C. is the latest artifact to be recovered from the archaeological site in northern Israel. Although the sculpture is only about the size of a Barbie doll’s head, it shows remarkable detail, including almond-shaped eyes, a manicured beard, and a stern expression.

The inclusion of a golden crown indicates that the head likely depicts a royal figure, reports The Associated Press’ Ilan Ben Zion, although researchers are unsure of exactly which monarch.

But Robert Mullins, lead archaeologist at the dig and professor of Biblical and religious studies at Azusa Pacific University, has some ideas of which biblical kings the miniature head might portray.

“Given that the head was found in a city that sat on the border of three different ancient kingdoms, we do not know whether it depicts the likes of King Ahab of Israel, King Hazael of Aram-Damascus, or King Ethbaal of Tyre,” says Mullins. “The head represents a royal enigma.”

The ancient city of Abel Beth-Maacah, which is associated with the archaeological site, also has biblical significance. In 2 Samuel 20, Joab pursues Sheba, a rebel of King David, to the city and prepares to batter down its outer wall. Joab’s army is stopped by a woman who saves the city by having the head of Sheba thrown over the wall.

Ironically, the site is still being associated with the heads of biblical figures.

According to the press release by Azusa Pacific University, the small sculpture was discovered by engineering student Mario Tobia, who picked up a small “dirt clod” that concealed the artifact. The head is currently on display at the Israel Museum in Jerusalem.

Even though the sculpture is only a few inches tall, archaeologists consider it a big find.

“In the Iron Age, if there’s any figurative art, and there largely isn’t, it’s of very low quality,” says Eran Arie, the museum’s curator of Iron Age and Persian archaeology. “This is of exquisite quality.”

“Despite the head’s small and innocuous appearance, it provides us with a unique opportunity to gaze into the eyes of a famous person from the past,” Mullins says. 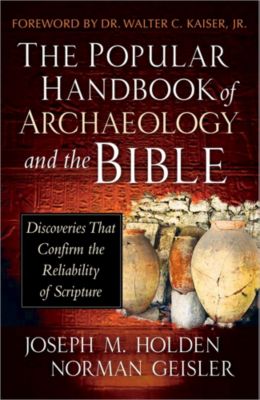 The popular handbook of archaeology and the bible

Discoveries that confirm the reliability of Scripture

Previous Post: « What Nonwhite Democrats and White Republicans Have in Common
Next Post: Attorney General Sessions Sets off a Wave of Bible Reading »