How Churches Can Celebrate Mother’s Day Without Hurting Others

“If you’re struggling to get pregnant, wave your hand in the air so everyone can see,” the pastor announced to the crowd.

This wasn’t what the pastor actually said, but it might as well have been, Ashley thought when her pastor asked all mothers in the congregation to stand and be recognized in honor of Mother’s Day.

As a wife dealing with infertility, Ashley felt ostracized. Forced to sit while others stood, she felt singled out and humiliated.

Mother’s Day at church was a difficult time for Ashley—and she wasn’t alone.

It’s not just infertile couples who may find it awkward to attend church on Mother’s Day. The list can also include:

With so many emotions attached to the subject of motherhood, churches can find it difficult to know how to navigate Mother’s Day, which—like Father’s Day—always falls on a Sunday.

Here are a few ideas to help your church honor mothers from the pulpit while also being sensitive to challenges your congregation faces surrounding the subject of motherhood.

Many churches seek to honor moms on Mother’s Day by asking them to stand and be acknowledged or by giving them gifts such as flowers, bookmarks, or gift cards during or after services.

“Superlative moms”—those who’ve been mothers the longest or ones with the most kids—sometimes get gifts as well.

But through such practices, churches may unintentionally be broadcasting some members’ private struggles by requiring them to sit while others stand or by creating scenarios where some women walk out of services empty-handed while others leave with physical tokens acknowledging their motherhood.

These practices can create confusion, awkwardness, and pain. For example:

Whether such women are first-time guests or established members, these encounters with the church can be perceived as insensitive and can open emotional wounds.

A better idea for honoring mothers is to acknowledge them collectively from the pulpit and to speak generally about what the Bible says about motherhood. This protects a pastor from dividing a congregation into unnecessary “who’s in” and “who’s out” categories when it comes to motherhood.

Allow Motherhood to be Messy

Churches can also honor moms on Mother’s Day by recognizing real challenges from the pulpit.

Understand that before moms in your congregation ever listen to a word from the sermon, they’ve already received a message that morning from other mothers’ social media posts that are often curated to show doting children and a Proverbs 31 depiction of home life.

Catherine Parks writes about this phenomenon for the Ethics & Religious Liberty Commission in the article, “Social media and our narrow view of motherhood.”

In the article, Parks notes an observation from the New York Post: “Domestic perfection is in, and no one has been harder hit than moms.”

This Mother’s Day, give parents the gift of acknowledging from the pulpit the fact that parenting is a hard and messy endeavor. People need to know the church is a place where those who feel inadequate for such challenges can gather.

Spend time on Sunday publicly praying for mothers, for those dealing with broken relationships with their kids or their own mothers, and for people struggling in some of the categories from the lists above.

Give your congregation permission to bring their anxious thoughts to Jesus and let them know how they can reach out to the church for love and help.

If your church has ministries and support groups established to serve those struggling with issues related to motherhood, Mother’s Day is a great time to remind the congregation of those resources.

Honor Motherhood Without Overstating the Calling

“The greatest role of a woman is that of a mother.”

This proverbial statement, or some version of it, often makes rounds on social media and in churches around Mother’s Day. However, the saying offers hyperbole not found in Scripture.

Yes, motherhood is a great calling and should be esteemed by the church. However, the greatest calling of any woman—or man, for that matter—is to be a faithful Christ-follower. And that role can be lived out in the context of being single or married, having or not having kids.

Selma Wilson, senior vice president and chief people officer at LifeWay Christian Resources, encourages churches to honor the roles of moms on Mother’s Day and the role of women overall.

Honor motherhood this Sunday, but don’t give the impression a woman’s worth is determined by her positioning with kids.

With all the emotional baggage Mother’s Day brings, it can be a difficult Sunday for pastors and ministry leaders to navigate.

However, if approached with sensitivity, Mother’s Day can also be a great opportunity to show honor to moms while extending love and empathy to those who are struggling as a result of the occasion.

UPDATE: For some practical tips on balancing all the emotions and circumstances involved with Mother’s Day, read: 8 Ways to Honor Moms Without Dishonoring Others. 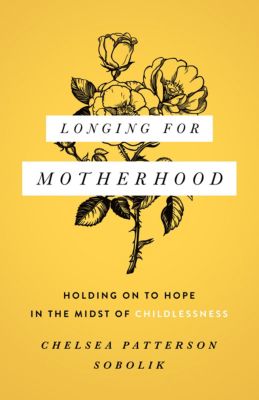 Longing for motherhood: Holding On to Hope in the Midst of Childlessness