Church leaders could be insulting more than half of the homes in their congregation and community without even realizing it.

That’s exactly what happens when you malign people simply because they play video games in their spare time.

Video games have grown from a niche industry to one that generated more than $108 billion in revenues in 2017—yet video gamers are a popular target of Christian angst and aggression.

These video game players refuse to get a real job. They live at home in their parents’ basement and never take responsibility. We need men to grow up.

This may elicit chuckles and high-fives from some, but it may also hurt a faithful family in the church or keep a visitor from ever coming back.

You may think all video gamers are teenagers or college guys, but you’d be wrong.

According to the Entertainment Software Association’s latest annual report, 65 percent of U.S. households have at least one frequent gamer.

The average age of a video game player is 35, with gamers 18 and older representing 72 percent of the gamer population.

The average male who plays video games is 33 years old. The average female is 37.

Instead of a college guy playing in his dorm, the gamer in your church might be the stay-at-home mom who plays during her kids’ naptime.

With such a wide variety of Americans playing video games, church leaders should reconsider the way they speak of gamers.

Why does this matter?

Before missionaries enter a new culture, they take special care to study what could be offensive to potential converts. They do not want to create a stumbling block to the gospel by needlessly offending listeners.

Needlessly is an important word because the gospel itself can be offensive. It critiques and challenges every culture and every individual within a culture.

The question becomes: Are video games an aspect of culture from which Christians should refrain? Are they irredeemable like pornography, or are they more like movies and other forms of entertainment that can become objectionable in certain circumstances?

Church leaders have been lamenting for decades why younger generations are no longer in church. Whatever the solution to that problem may be, it probably doesn’t include insulting hobbies that are more prevalent in their generation.

Virtually everyone has something that occupies their free time, be it gardening, playing sports, reading books, or watching television. None of these is necessarily bad or sinful, but each can become so in certain circumstances.

And this is one reason the church should be more careful about the way it criticizes video gamers. We don’t need blanket condemnations and sarcasm. We need Christian leaders helping a generation of young Christians think biblically about all activities.

Playing video games could become an idol for some—as sports are for others. Christian gamers could play unacceptable games—as some watch unacceptable movies. Video games can contribute to the loss of face-to-face community.

Those who play video games may be in situations that are nearing sin, but the warnings of those who mocked them without warrant will go unheard and unheeded.

Church leaders should instead have conversations with gamers in the congregation and in the community. Maybe even sit down and play a game. You’ll be in a better position to reach them and speak into their lives with the gospel. And you’ll probably be less likely to insult them in the future. 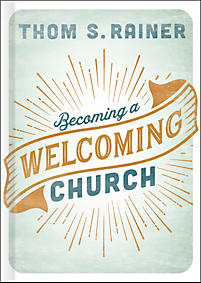 Previous Post: « 7 Ways To Protect Your Child From Sexual Abuse
Next Post: Scouts to Drop ‘Boy’ from Name »