How to lose a pastor in 10 years: Treat him like a rock star.

These were the words of my social media meme just 48 hours before the Bill Hybels story broke.

I had no idea.

The irony didn’t stop there. The news broke as I sat in a hotel room in Springfield, Missouri—the very place many years earlier my own megachurch pastor-father had his crushing public fall from grace.

It might disappoint you to know I don’t want to talk about Bill Hybels.

I’ve been his daughter. I’ve lived the hard road of the public scathing aftermath, and I know what it feels like to have your world turned upside down by printed articles and public commentaries.

No matter how old you get or how many people know your father’s name, to you, he’s just “Dad.” And the man who held you when you had a bad dream at night is the man you know.

Jim Reimer was the everyman but then again, he wasn’t. He was a blue jeans- and boots-wearing, down-to-earth fighter of the underdog. Like many bright lights, it was easy to stammer over your sentences when he came around.

A room didn’t stand a chance when Dad walked in; all the oxygen became his. I’ve never known anyone with more command or charisma.

And yet, I’ve never known anyone more complicated or tender.

Because for all that bravado, he was as fragile as a reef. Turns out, the tough guy isn’t necessarily the one who never breaks.

I watched him silently beg people to treat him like the normal man he was. But that was hard for us all.

The story is too long, but the abbreviated version is this: he lost his church over some tax trouble and wound up in a two-year sabbatical living out on a gravel road in a travel trailer. Those of us who loved him most cried ourselves to sleep at night, begging God to visit Him in the dark.

It’s painful when a pastor leaves a pulpit in question or disgrace. There is no side, despite what the news reports. There is a circular pain without an exit ramp. No Jesus follower wants the kingdom of God to be tarnished, and maybe that’s the only thing any of us can agree on, but at least that’s a start.

When a pastor gets into an integrity-compromising scandal, they have to go home at night, sit in the silence, and face God. They may try to deny, run, hide—or for a time, deflect—but there will be a dead end of truth and Jesus.

I rest in that—and in the counseling that may well have saved me in the aftermath of my father’s public fall: An elderly man with a stern face and a funny last name I can’t completely remember said, “Let your dad be human.”

It seems simple, but that requires supernatural help and strength. Allowing my father to be human helped me to not live in the extremes—seeing him as a rock star or as the biggest fraud who ever lived, the two ways we tend to categorize pastors that require the greatest healing when they fall.

I don’t want us to lose any more pastors. I don’t suggest we can prevent every pastor from his own demise. But I do believe we can help them in ways we might not even know we’re currently hindering.

Maybe the best thing we can do to help our pastors is to stop being so impressed by them. They take the stage, preach the Word of God, and shepherd people. It’s a position that deserves honor and respect.

But save the awe for God.

They sense the motive while longing for true relationship. And we don’t need the light of another to affirm our significance.

Stop ditching them the moment they disappoint you

One the cruelest realities for pastors is how quickly they can be loved, then left. It plays into every insecurity, fear, and pressure to perform.

In the face of their humanity and struggle, those who once sang their praises now curse their name. Pastors live with this constant awareness, and it deepens their daily pressure.

Stop pretending they never meant anything to you

I will never understand what often happens when pastors leave a pulpit in scandal and disgrace: The people left behind pretend they never existed.

No matter what happened with your pastor, don’t downplay the way they ministered to you and your family, gave wise counsel, or prayed over you.

Those investments mattered. God can use any of us. If sinlessness were a qualification prior to usability, none of us would be used. God can still use truth of the Word despite the vessel bringing it.

Stop letting them alter your beliefs about God

No pastor is your God.

They are human, flesh, fallible, and can get entangled in sin—just like you and me. Believe the best about your pastor, but also understand he is capable of fleshly things.

A pastor’s failure can’t change what you know to be true about the truth, goodness, holiness and character of God and His sovereign ordination of the Church, which does not change despite human lapse.

It’s been 24 years since my father lost his church. I’ve seen many more pastors fall since. And if humanity keeps up, there will be more.

But God can help us.

With this, as with all matters, may we look to Him.

LISA WHITTLE (@LisaRWhittle) is the founder of Ministry Strong, a ministry for leaders to help equip to preach the gospel with integrity, prioritize family relationships, and learn proper soul care to serve Jesus with strength for the long haul. She’s also a speaker and podcaster and has authored six books. 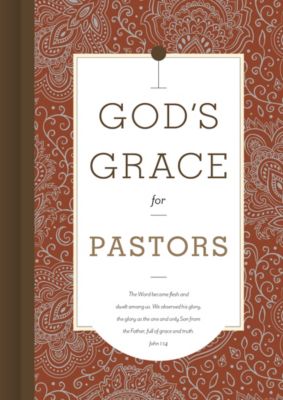 Previous Post: « Barbara Bush Wanted to Die at Home. Most Americans Do Too.
Next Post: The Gospel and Adoption, Russell Moore and Andrew Walker, Eds., book review »