Before my wife delivered our twins, they were first delivered by FedEx.

In what probably made for a peculiar package, my children were shipped in a state of suspended animation—frozen in liquid nitrogen that kept them alive until my wife could give birth to them four years later.

While this may sound like the introduction to a science fiction novel, it’s a real-life story. My wife and I chose to grow our family through a process called embryo adoption in an attempt to honor preborn life.

While embryo adoption can be confusing, it’s an important need facing America and other countries that use assisted reproductive technology to create life outside the womb.

What is embryo adoption?

Embryo adoption is a response to a dilemma often caused by in-vitro fertilization (IVF)—a reproductive procedure that combines sperm and eggs in a lab to create embryos.

During IVF, fertility clinics often create more embryos than will be transferred to a womb. This is because not all of the harvested eggs will achieve fertilization through IVF and fertility clinics want to ensure they have enough embryos to transfer.

Fertility clinics may also create excess embryos in order to select ones for transfer that are deemed more likely to achieve pregnancy. This typically leaves parents who’ve gone through IVF with an important ethical decision of what to do with their remaining embryos that weren’t transferred.

Rather than destroy these embryos or leave them frozen in development for an indefinite amount of time, some couples choose to place their embryos for adoption.

In embryo adoption, an adopting mother gives already-created embryos a chance at birth by allowing them to be thawed and transferred to her uterus. If one or more of the embryos implant, the adopting mother then carries and gives birth to the child or children although she is not genetically related to them.

Some people refer to this as pre-birth adoption and call the adopted embryos snowflake babies—a reference to their small size, frozen state, and unique nature.

Our snowflake babies were shipped as frozen embryos from a fertility clinic in Washington State to the National Embryo Donation Center in Knoxville, Tennessee, where we adopted them in 2011.

Here are four of the most significant reasons we chose to adopt embryos.

My wife and I use the words embryo and child interchangeable because we subscribe to the worldview that life begins at fertilization.

This view is shared by Christian organizations and groups who have written about the need for couples to adopt frozen embryos, such as Focus on the Family, the Christian Medical & Dental Associations, The Gospel Coalition, and the Ethics and Religious Liberty Commission (ERLC) of the Southern Baptist Convention.

Russell Moore, president of the ERLC and a supporter of embryo adoption, says children frozen in cryogenic containers already exist as persons created in the image of God.

While the U.S. government doesn’t recognize these embryos as children, Christians can honor their personhood by offering them the hospitality of a womb and a place in a family.

In an article from 2014, CNN reported a low-end estimate that hundreds of thousands of frozen embryos already exist in the United States. Of these, the U.S. Department of Health and Human Services reports as many as 60,000 embryos could be made available for adoption.

An awareness of these figures can lead to:

Jesus was adopted as an embryo

One of the more eye-opening moments for my wife and me, as we considered growing our family, was the realization that Christ’s incarnation involved a unique form of embryo adoption.

Matthew 1:18 became an important verse for us in this regard. The passage records that before Joseph and Mary came together, she was “found to be with child through the Holy Spirit” (ESV). Two verses later, God also tells Joseph, “what is conceived in her is from the Holy Spirit.”

This means Jesus didn’t leave His throne in heaven for a manger—at least not directly as the popular phrase suggests. Nor did Christ first enter humanity Christmas morning as a baby. Instead, Scripture says Jesus’ incarnation began nine months earlier inside a womb as a human embryo.

Is Matthew 1:18-20 an explicit proof text stating Christians should adopt embryos? No. However, the passage does support the biblical worldview that human life begins before birth. Even though Jesus wasn’t biologically related to Joseph, the poor tradesman still chose to adopt the Lord in embryonic form and raise Jesus as his own.

Since the Lord of the universe humbled Himself as an embryo to save humanity on His way to the cross, it seems right for Christ-followers to support embryo adoption as a way to honor the humanity of preborn life in need of a womb.

Our twins will turn 7 this year—developmentally, that is. Counting their time frozen, they’ve actually been alive for more than a decade.

As much as we enjoy raising our twins, we also grieve the deaths of other children we adopted as embryos who didn’t survive the transfer process. (The live birth rate average with embryo adoption is 1 in 3 attempts.)

However, we don’t view those adoptions as failures. My wife and I knew the odds of achieving live birth through embryo adoption but went into the process believing God would be glorified regardless of the outcome since frozen children would still receive an opportunity at birth.

You see, embryo adoption isn’t merely a fertility treatment that eyes birth as the sole goal. While infertility is often a catalyst that leads many couples to adopt embryos, fertile couples also choose to pursue embryo adoption as a way to live out their pro-life values.

With hundreds of thousands of embryos suspended in animation in the U.S., and more and more couples turning to IVF every day, my wife and I share our story in the hope embryo adoption will become an important issue on the radar of everyone who professes the belief life begins at fertilization. 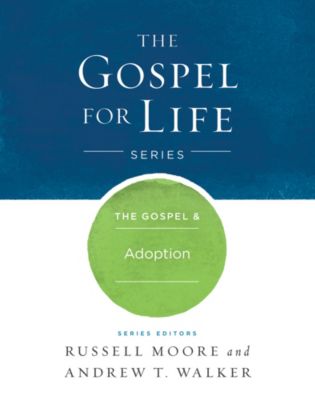