I am a member of what was the largest generation in the U.S.—the Baby Boomers, born between 1946 and 1964 and 77 million strong.

While Millennials have now overtaken Boomers as the largest generation, Boomers have left an indelible mark on today’s society.

Now this generation is beginning to retire, and that has major implications for churches. The Boomers have more pastors represented in their generation than any other.

In the next 5-10 years, a wave of Boomer retirements will leave behind more pastoral vacancies than there are qualified candidates.

Unfortunately, few churches plan for pastoral succession. And that transitional period is often difficult for churches—ministries can be disrupted and members may leave.

My team at LifeWay looked at churches that have done pastoral succession well and found seven key characteristics.

1. Humility and EQ. These two characteristics go hand in hand. Someone with a healthy emotional intelligence (EQ) is also more likely to be a humble person.

This involves two people who appreciate and affirm each other. True humility comes from the leaders’ understanding of who they are in Christ.

2. Flood-level communication. Many times there is a difference between what we think we have said and what people actually heard and understood.

During a transition of leadership, or any type of change, it’s imperative to overcommunicate. People have to hear and read things multiple times for understanding to take place.

3. Clear dates. Leadership succession cannot hang on indefinitely. It needs a definite plan. In churches we studied with successful succession, the majority had a specific transition timeline.

4. Obvious chemistry. When we think about people we bring onto our staff, it’s important to look for character and competency.

Many times, however, we fail to look at the chemistry between staff members.

In a time of successful transition, the congregation will witness the chemistry between the one handing off the baton and the one receiving the baton.

The congregation needs to see that they like and respect each other and that they have a similar goal in mind.

5. A willingness to start over. Whether you are in a formal transition time of leaving a position or handing off a ministry from one person to another, there are times when you simply have to say, “I got it wrong,” and then re-evaluate a decision.

6. A formal service. This doesn’t have to be an elaborate event, but there should be a time to formally communicate that the leadership has passed from one to another.

This could be as simple as a special time of recognition during your church’s regular worship service. Successful transitions need a clearly identifiable moment when the baton is passed.

7. A planned absence. Many times ministry succession, at any level, fails to take place because leaders hesitate to take their hands off the ministry they were leading.

They want to continue because they have developed long-standing relationships and they believe they know better how to accomplish the ministry. They simply cannot let go.

So, what does this mean for your church? What kind of ministry transition do you have in place?

This applies not only to the senior pastor level but to any area of leadership in your church. The more intentional you are in succession planning, the more successful the transition will be.

As you plan for any type of ministry personnel transition—be it the senior pastor, church staff, or volunteer leader—be sure to think through the cultural and organizational implications for your church.

What are you doing to make sure the ministry successions are taking place well?

It is my prayer as we look at succession in our churches that we will be the kind of leaders who will be strong and courageous. We can’t do this in our own power. We must draw strength and courage from the Lord. 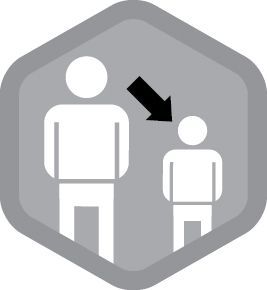 Previous Post: « Join Thom Rainer to Learn About the New Normal for Reaching Your Community
Next Post: Kendrick Brothers’ Films By the Numbers »