For centuries, Christians have assumed Joseph was a carpenter and Jesus, as his adopted son, would have followed in his footsteps. But what if that’s not the case?

In his book, The Forgotten Jesus, Robby Gallaty poses the intriguing question: was Jesus really a carpenter?

Gallaty, pastor of Long Hollow Baptist Church in Nashville, Tennessee, says the main support for the traditional position are Mark 6:3 and Matthew 13:55.

In those verses, Jesus and Joseph are called tektōn, which is most frequently rendered “carpenter” by Bible translators.

In an excerpt published at Christian Post, Gallaty says that word is more accurately understood as craftsman or building.

That could be carpenter, he admits, but some other cultural clues may lead to a different translation. Perhaps, Jesus was a stonemason.

“With this background knowledge,” Gallaty writes, “it is helpful to take a fresh look at his language and that of his followers when they speak of stones in the Bible.”

But he looked at them and said, “Then what is the meaning of this Scripture:

The stone that the builders rejected
has become the cornerstone?

Everyone who falls on that stone will be broken to pieces, but on whomever it falls, it will shatter him.”

Peter, Jesus’ disciple, picked up on his stone imagery.

He referenced this same Psalm when he defends himself before the religious leaders in Acts 4:11-12, calling Jesus the cornerstone that has been rejected.

Later in 1 Peter 2:5, the apostle declares believers to be “living stones” fitted together to build a spiritual house.

While it can give a richer understanding of Jesus’ teaching and the words of His followers, seeing Jesus as a stoneworker is not the most important aspect of His life.

“Whether Jesus was a carpenter working with wood or a stonemason has no bearing on his work as Savior of the world,” writes Gallaty, “but it does help us when we read the Bible, bringing a fresh sense of his words and their meaning.” 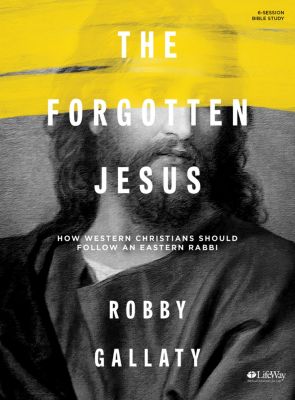 The Forgotten Jesus: How Western Christians Should Follow an Eastern Rabbi

Previous Post: « A Heart for Your Pastor’s Wife
Next Post: Three Reasons Not to Discount Pastoring in a Small Town »