The most Bible-minded city in America also happens to be the city that shows up most to church.

According to Barna Research, Chattanooga, Tennessee, has the highest percentage of its population who are very active in church. Almost 6 in 10 residents (59 percent) are regular churchgoers.

For six of the last seven years, the American Bible Society has named Chattanooga the nation’s most Bible-minded city. This year, it was the only American city where at least half the population was classified as Bible-minded.

Overall, almost 4 in 10 Americans (38 percent) are active churchgoers who have attended a service in the past seven days. Another 19 percent attend less frequently.

A slight plurality (43 percent) are considered unchurched: They haven’t attended a church service in the past six months, except for a special event such as a wedding or funeral.

Part of the unchurched are classified by Barna as dechurched. These make up 34 percent of the American population.

Like the rest of the unchurched, they haven’t attended a church service in the past six months, but previously they were at least minimally active in a local congregation.

Here are the 10 most churched cities, mostly in the South and Midwest, with the percentage of residents who are active churchgoers in parentheses.

The research also detailed the most unchurched and dechurched cities, most of which are in the West and Northeast.

The most unchurched city is the San Francisco metro area. It was also one of the least Bible-minded cities, ranking 94 out of 100.

Here are the 10 most unchurched cities, with the percentage of unchurched residents in parentheses.

San Francisco also tops the list of the most dechurched American cities. Here’s that top 10, with the percentage of residents who are dechurched in parentheses.

For more on the unchurched, including the dechurched, read our issue: “Unchurched America: Who Are They and How Do We Reach Them?” 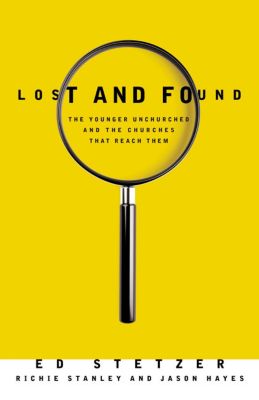 Lost and Found: The Younger Unchurched and the Churches that Reach Them