The advent of the Internet and smartphones have made it essential to ensure what we say from the pulpit is factual. Preachers should always work hard to be truthful and accurate, but with some people fact-checking us while we yet sermonize, it is more important than ever to make sure we do not blithely repeat an urban legend, a disproved theory, or an outright fabrication.

We are beyond the time any old “preacher story” can pass for a legitimate illustration. For instance, NASA researchers did not find the Joshua’s famous “missing day” regardless of how many emails say they did.

In America, at least, many people are on the lookout for “fake news,” and pastors dare not be culpable in passing it along in their sermons. Every erroneous story, invented illustration, or fiction-as-fact example we use opens the door to someone questioning the gospel message we preach. If we would not say “the Easter Bunny is real” we should not say “Charles Darwin recanted his theory on his deathbed.” Both are equally false.

Because we worship a Savior who is himself “the truth” and because He is “filled with grace and truth” and because Satan is the “father of lies,” we should be on the side of truth. Toward that end, here are three warnings and three suggestions to keep in mind about fact-checking your own sermons.

When I was a kid, the National Enquirer was at eye-level at every grocery store checkout. Every other week, a famous person had just birthed an alien baby. Bob Hope was at death’s door for at least 200 years before he actually died. Too bad those stories didn’t disappear when I grew up. Unfortunately, the opposite happened.

Make sure you don’t get taken in by satirical sites like The Onion or the Daily Currant which present made-up stories as news. Some are so well done that well-meaning news outlets around the world have mistaken them for actual news.

If a story seems too wild to be true, assume it is until you can verify it through multiple trustworthy sources.

Don’t be taken in by people who create bogus “news” stories as a cottage industry. They play on people’s tendencies to believe stories that back up what they already think (“confirmation bias”) and make hundreds of thousands of dollars a year literally peddling fiction.

This is a special danger in our politically charged day. Inventors of fake news depend on readers to believe any negative story about the “other side.” Becoming purveyors of fake news will kill our credibility.

Just because something has been preached for years does not mean it is factual.

There’s the story about Abraham Lincoln and the freed slave girl, the one about the poor kid in the turn of the (last) century Kentucky schoolhouse, the one about the pastor being eaten by alligators after trying to walk on water. All these stories are well-worn, and all rightly fit into the legend category. They can’t be proven as true, so it’s best not to present them as such. Trevin Wax has a good list of preachers’ urban legends.

If we need to avoid factual errors in our preaching, how can we do so? Here are some suggestions.

Recruit a Millennial to help with fact-checking.

Fact-checking is a Millennial’s favorite pastime. I’ve watched Millennials google things during a sermon. Give this interest a Kingdom orientation.

When you collect your illustrations and examples during the week, email them to your Millennial helper. He or she will usually be able to determine factual status with little effort.

(Obviously the person doesn’t have to be a Millennial, but many in this generation are wired for such an opportunity.)

Allow that a story may not be true, but still demonstrates the point.

Some “preacher stories” get the point across, even if you cannot be sure it is factual. This is not a problem as long as we acknowledge it in advance: “I heard this story years ago. I do not know if it is fact or fiction, but it illustrates my point perfectly.”

The point is made without toeing the line of misrepresentation or mistake.

Read books that are rich sources of illustrations.

Destiny of the Republic is filled with wonderful illustrative material for sermons, as is most other good works of history. Garfield’s affair shows us the danger of breaking our marital vows. Guiteau’s pride and presumption shows us how pride can wreck our lives. The physician attending to Garfield refused to listen to other council when he could have saved the President if the advice of other doctors had been heeded. He stands forever as a warning against closing our minds to new ideas and stubbornly refusing to listen to the wisdom of others who are around us.

Pastors and ministry leaders would receive great blessing from a wider program of reading. Our theological studies and ministries benefit from delving into history, literature, and cultural studies. We grow in our vocabulary, storytelling, understanding of human behavior, and gain a wider lens through which we view the world.

Most pastors take very seriously the text. We want, to the best of our ability, to say what God has said. We serve our churches well if we support the truth of Scripture with facts rather than detracting from it by passing off error as truth. 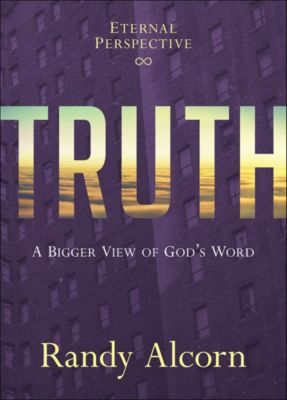 Previous Post: « Stronger Together: 10 Lessons I Learned Leading My Church Through a Natural Disaster
Next Post: Missing: A Parent »