He promised his wife he would meet her for dinner. He told his son he would make it to his game tonight. He’s cutting it close on making both of those happening.

As he reaches for the door, the phone rings again. The father of a church member is in the hospital and would like the pastor to come visit. Once again, the pastor is faced with the choice between his immediate family or his church family.

He calls his wife to let her know she will have to do dinner on her own. He texts his son to tell him he won’t be able to make it to the game tonight.

If only his church would understand. If only they would accept the excuse. But here he is, driving to the hospital and missing his family again. He sighs and wishes there was a way to do everything or at least to not hurt anyone, especially his family.

While LifeWay Research found very few pastors quit the ministry each year, of those that do, conflict, burn out, and issues with family are often part of the reason they left.

Virtually every pastor still in the ministry (94 percent) said they consistently protect family time, but only 74 percent of those who left said that was the case. Sometimes pastors need help in finding an excuse to be with their family.

Here are five ways to help pastors seeking to balance their home and church life.

Instead, churches should make sure pastors understand what is to be expected of them and then work together to set and enforce boundaries. “No one is saying a pastor should put his family before the Lord,” says Joe McKeever, a retired pastor. “But a pastor doesn’t have to attend every committee meeting.”

2. Offer time away. More than 8 in 10 pastors (84 percent) feel they must be on call 24 hours a day. Among former pastors, only 12 percent say their church had a sabbatical plan.

Make sure pastors have a chance to go on a family vacation, spend a weekend away with their spouse, take a night off to see their child’s game or performance.

3. Serve more. Pastors (and their families) often feel the weight of making sure all the work at church gets done. More than half (54 percent) say the role of pastor is frequently overwhelming and almost half (48 percent) often feel the demands of ministry are more than they can handle.

In a post at Facts & Trends, Kelly Parkison, a pastor’s wife, notes the impact others serving can have on a pastor and their family. “Honor us by volunteering and helping carry the load in church more,” she says. “It will show you care about our ministry as much as we do.”

4. Encourage their family. More than a third (34 percent) of current pastors left their previous church because their family needed a change. Of those who left the pastorate completely, 12 percent said it was over family issues.

Most current pastors (92 percent) say their church provides genuine encouragement to their family. Only 61 percent of former pastors felt the same. “A church member once asked my husband, ‘How can we best show you our support and love?’” says Parkison. “Without hesitation, my husband responded, ‘If you love on my wife and children, then you will have shown me support and love, too.’”

5. Accept legitimate excuses. Among current pastors, 89 percent say they feel free to say no to unrealistic expectations. Among those who left, however, only 68 percent felt the same way. Help pastors better love their families by giving them the freedom to turn down requests.

After describing failing to take care of his family as his greatest regret after more than 50 years in the ministry, McKeever says, “The minister who learns to say ‘no’ in order to protect his time with the family will occasionally anger a self-centered, demanding church member. But it’s a small price to pay, and in the long run, works out best for both the family and the immature member.”

Many pastors are looking for an excuse to step away from the church building and into their families’ lives. Church leaders can help them do this and ensure their pastor loves their family and their church in the best way possible.

For more research on pastors read: “Research Finds Few Pastors Give up on Ministry,” “Former Pastors: Here’s Why We Quit,” and “6 Ways Churches Can Help Pastors Thrive.”

Facts & Trends has also featured several personal accounts of the need to encourage pastors and their families. Mark Dance, the associate vice president for pastoral leadership at LifeWay, wrote, “3 Ways to Honor Your Pastors.” McKeever shared, “A Pastor’s Greatest Regret After a Lifetime of Ministry.” Parkison gave, “12 Ways to Honor Pastors by Serving Their Families.” 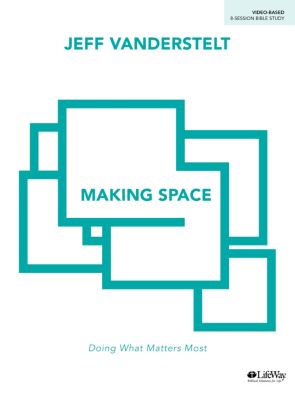